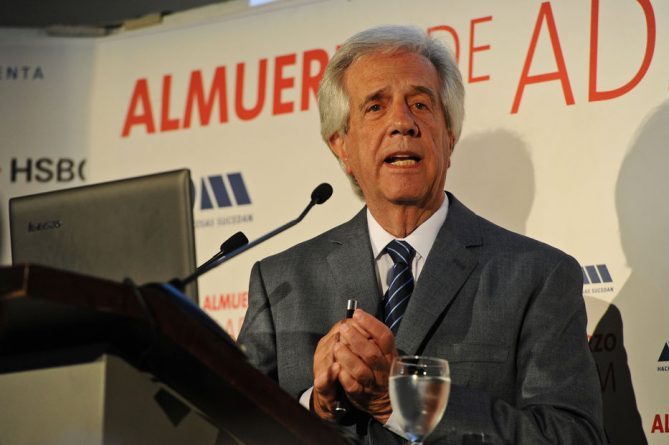 The president said Uruguay is on track to gather several countries to discuss the situation in the Caribbean country.

President Tabaré Vázquez said in an interview with VTV that Uruguay “is on track” to host a “summit” of countries to discuss the situation in Venezuela.

According to the news, Vázquez received a call from the Italian Federica Mogherini, high representative of the European Union for foreign affairs and security policy, who told him that Europe will not get the necessary majority to recognize Juan Guaidó as interim president of Venezuela. For this reason, the EU would join the position of the governments of Uruguay and Mexico.

Vazquez told the news that the Italian leader is preparing to “probe the interest” of European countries to hold an international summit in search of dialogue alternatives to solve the situation in that country.

The Uruguayan president said that Montevideo is considered as the possible venue for that meeting.

The undersecretary of Foreign Affairs Ariel Bergamino, official mission in Italy, will make contacts in the coming days to finalize the meeting.