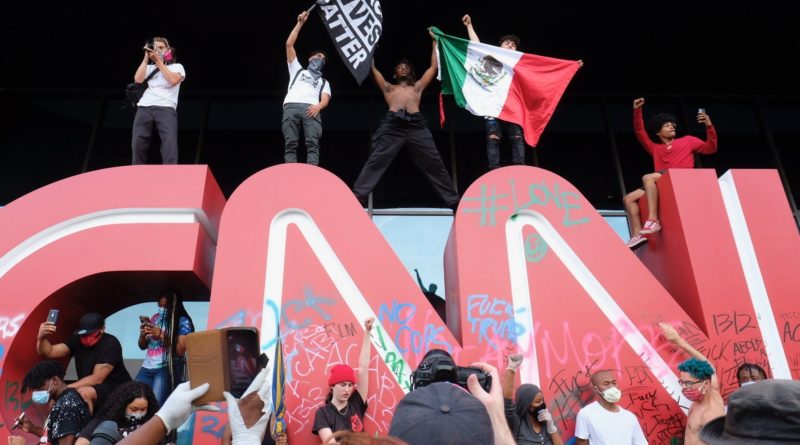 For the third consecutive day there are large protests in the city of Minneapolis, and in many cities in the US such as Denver, Los Angeles, Louisville, Chicago, Milwaukee and Atlanta, ignited by the death of George Floyd, 46, who was killed in police custody.

The incident generated outrage, not only among the inhabitants of the city, but worldwide, since the deaths of Black Americans by US police occur several times a week. In recent days, two similar incidents of assassination of Black people in Louisville (Breonna Taylor) and in Atlanta (Ahmaud Arbery) have outraged many US citizens that do not see an end to the culture of systemic racism deeply embedded in US culture.

Venezuelan Vice President Delcy Rodríguez, pointed out through her Twitter account: “This is a regrettable episode of racism initiated from the upper echelons of the US power system, today governed by the white supremacist in the White House. It is terrible that humanity must still witness these acts of racial hatred . ”

Thousands of protesters took to the streets of Minneapolis on Tuesday to express their anger. The protest turned violent and several businesses were looted, despite the fact that their owners had covered windows and doors with planks, to avoid damage.

The climax of the protests took place on Thursday, May 28, in Minneapolis, where Floyd was assassinated. A police station, evacuated hours before, was burned down.  There were also large protests in Louisville (Kentucky) in which seven protesters were shot by police, one now in critical condition.

The protests all over the US continued on Friday, some of them chaotic, as in Atlanta where protesters took CNN’s headquarters or in New York, where several incidents of police repression were reported, but also in Minneapolis (under curfew), Los Angeles, Milwaukee, Chicago, Houston, Dallas and other cities.

This image from Atlanta is so powerful…so indicative of clarity within US masses: against MSM, against Racist system…against 1%…keep fighting… #JusticeForGeorge pic.twitter.com/EctbZsYFth

There are multiple reports of police infiltration among protesters to create chaos and promote violence but many US citizens are tired of a system that exploits them and neglects them, witness the recent mismanagement of the US Covid-19 catastrophe. Many analysts point at the racism in the White House as the main cause of Washington’s inaction against Covid-19, especially when reports emerged about the prevalence of fatalities among people of color.

Due to the severity of the incident in Minneapolis, authorities threatened several times to deploy the US National Guard on Thursday night and, in connection with that, President Trump tweeted a threat to shoot protesters that was later censored by Twitter and created worldwide outrage.  The president called protesters “thugs” — in the US a racist code word for Black people — and invoked an old segregationist threat: “when looting starts, the shooting starts”.

….These THUGS are dishonoring the memory of George Floyd, and I won’t let that happen. Just spoke to Governor Tim Walz and told him that the Military is with him all the way. Any difficulty and we will assume control but, when the looting starts, the shooting starts. Thank you!

According to news outlets, this Thursday the transcript of the call made to the police and that led to the murder of Floyd was released.

In that communication, an employee of a store located in Minneapolis explains that a customer paid for a purchase with a fake $20 bill, several workers ran after that person, found George Floyd in a truck allegedly drunk and without self-control. It was later reported that he was not the same person of the fake bill incident.

Police allege that the description of the subject coincided with that of Floyd , so several officers proceeded to arrest Floyd. Officer Derek Chauvin, in an obvious violation of human rights, immobilized Floyd by placing his knee on his neck and two unidentified officers did the same on his chest. Video of the incident shows the victim repeatedly saying that he cannot breathe, and the police ignoring him.

Several people who were at the scene challenged Chauvin verbally but he doesn’t change his posture. One of them recorded the event and when it was uploaded to social networks, it immediately went viral. Floyd cried out for his life. As the minutes pass and the agent’s knee keeps pressing on his throat, he gradually stops talking and moving.

In 2020, there have already been several cases similar to Floyd’s and those have also produced angry protests in the North American country.

The most recent occurred in February when a former cop and his son assassinated Ahmaud Arbery in Georgia, who was unarmed and jogging in a residential area.

The event became known in early May when the recording of the event was released because the perpetrators were not judicially charged. The protests were immediate because, among other things, the assassins were free. Popular pressure generated the arrests of both men involved.

In March of this year, Breonna Taylor, a 26-year-old EMT, was shot by police officers. The incident occurred in Louisville, Kentucky, when several policemen entered her home by mistake, allegedly in an anti-drug operation and killed her while sleeping.

Relatives of the young woman denounced the police abuses and said they did not understand why they entered Taylor’s home, because the subjects they were looking for were neither known to her nor lived in the area. Police reported that no drugs were found at the victim’s residence.

This culture of racist police violence is systemic in US society and in most cases police officers are just suspended and in rare cases, they are fired. But only on very rare occasions are charges pressed against police officers and only a very small fraction are found guilty, creating a culture of impunity.  The backlash against these deaths, along with the danger and hardships of the Covid-19 catastrophe, has ignited an national uprising that continues.

My statement on the death of George Floyd: pic.twitter.com/Hg1k9JHT6R

During the Obama administration, these cases continued unabated. and the then president did little to intervene. For that reason, his statement today on these recent incidents was criticized by many on the social networks.

“Venezuelans have been battling for years against US oppression and imperialism, we want to let our brothers and sister in the United States know that we are with them because they are fighting the same oppressive system that we are fighting. All our solidarity to the brave people of the US that deserve a better system,” said Orinoco Tribune’s editor, Jesus Rodriguez-Espinoza.