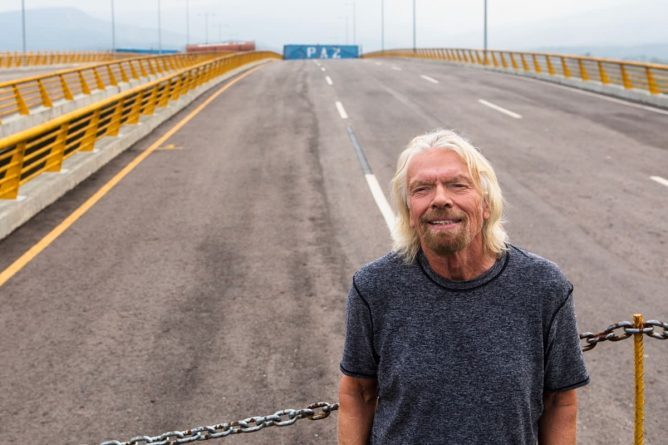 The donations received during the ‘show’ in Cúcuta, destined for “humanitarian aid” for the Caribbean country, are far from the 100 million that the organizers promised to raise.

The mega concert ‘Venezuela Aid Live’, promoted by British billionaire Richard Branson to raise funds for the population of the Venezuela, has raised just 2.4 million dollars, the organizers of the event reported.

The show was held on February 22 in Cúcuta, Colombia, a day before the date set by the self-proclaimed “president in charge” of Venezuela, Juan Guaidó, to try to forcibly deliver “humanitarian aid” to his country, from the Colombian border.

According to the official figures of the organizers of the concert, the collection is far from the goal of 100 million dollars that were intended, although the closing date for donations was scheduled for April 2. The amount still has not reached 3% of the estimate.

For the organization of the event, some 2,000 people were employed , including logistical and technical personnel, and another 1,800 for security, they said. This Friday, the Minister of Communications of Venezuela, Jorge Rodríguez , made a negative balance of the numbers thrown about until now by the ‘show’, which had more than 30 artists of international level and was televised for the whole world with the aim of “call attention” to the Venezuelan crisis.  Through his Twitter account, and with a certain ironic tone, Rodriguez reviewed the figures -some estimated, others official- discrediting the concert from the point of view of its objectives, and the North American television network CNN, which publicized the show.

“CNN and mathematics, goal = 100 million, raised 2.4, 2000 staff [operatives] technical staff (suppose they charged $ 500 each), then 2.4 million (raised) – 2 million (honorarium) – 1 million donated by Daddy Yankee that has not yet arrived [in fact it was another artist, Don Omar] = negative 600 thousand dollars Branson? Missing [disappeared],” the official of the constitutional government of Nicolás Maduro wrote.

The mega show was designed and sponsored by Richard Branson, a British billionaire founder of the conglomerate of companies the Virgin Group, in order to “draw global attention to the unacceptable crisis” suffered by the South American country and “raise funds for essential humanitarian aid for Venezuelan refugees,” according to the event’s website.