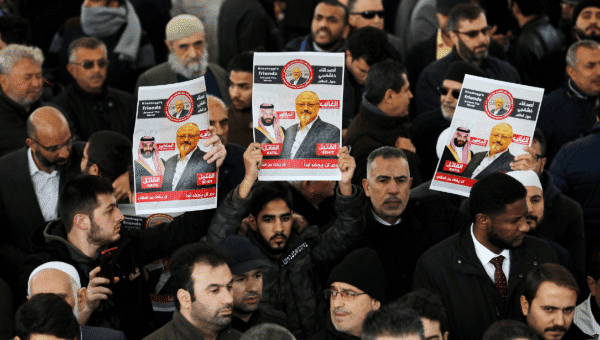 Reporters Without Borders (RSF) says that the number of slain and detained journalists increased worldwide in 2018.

For the first time in history the United States is among the top five deadliest countries for murdered journalists, with six members of the media unfortunately meeting their end in the U.S.

The U.S. was fourth on the list because of the June 2018 mass shooting at the Capital Gazette in AnnapolisMaryland. Jarrod Ramos allegedly attacked the newspaper’s offices with a shotgun and smoke grenades.

In November, CNN sued the Donald Trump administration for taking away their chief White House correspondent Jim Acosta’s access to the White House. The suit alleges that the administration is violating Acosta and CNN’s First and Fifth Amendment.

White House Press Secretary Sarah Sanders accused Acosta of “placing his hands” on an intern who was trying to take a microphone away from him when really, Acosta already held the mic and was asking a follow-up question.

The Paris-based group said that 63 journalists died globally for doing their job between Jan. 1 to Dec. 1, 2018 compared to 55 during the same time in 2017. Another 13 news production professionals also died. Some 348 were held, or are still in detained.

Forty nine of those killed were deliberately targeted “because their reporting threatened the interests of certain people in positions of political, economic, or religious power or organized crime.” The other 31 died in the field while reporting, said the RSF annual study.

Afghanistan was the world’s most deadly country for reporters where 15 died in violent attacks such as bombings, followed by Syria with 11 and Mexico with nine. For the first time since 2003 not one Iraqi media death was reported.

MSF listed China as the biggest jailer, detaining 60 journalists and media professionals in 2018.