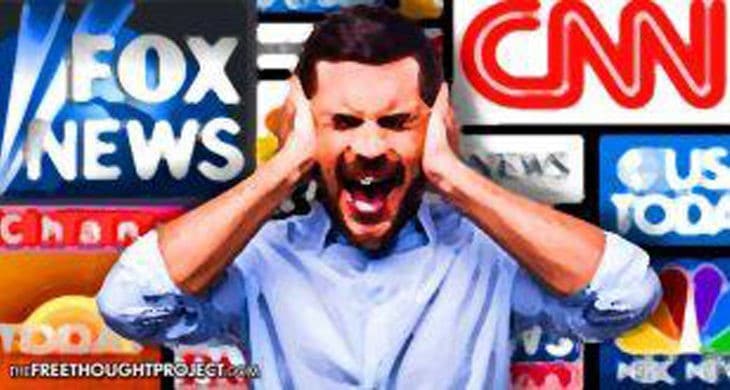 A study of the group Fairness and Accuracy in Reporting (FAIR) indicated that “a full-scale marketing campaign for regime change in Venezuela” has been undertaken by corporate media in the United States.

FAIR reached this conclusion after an analysis of 76 articles about Venezuela published in The New York Times, The Washington Post, as well as in the most watched television programs in the United States in ABC News, NBC News, and CBS News.

Out of the total amount of the analyzed corporate outlets, it is estimated that none of them declared to be against a regime change in Venezuela or in favor of President Nicolas Maduro. On the contrary, 72 % sided in favor of a forced regime change in the Bolivarian Republic, while only 11 percent were ambiguous regarding their stance towards the topic.

In an obvious marketing move, they called the Venezuelan Government a “regime,” a “dictatorship,” and “authoritarian,” validating the views in favor of a military intervention in television shows through statements said by Juan Guaido, Donald Trump and Marco Rubio.

The New York Times for example published a video recorded by Joanna Haussmann, as if she was a regular Venezuelan citizen, when in reality she is the daughter of Guaido’s representative to the World Bank. No explanation of conflict of interests mentioned in the article.

In this connection, FAIR also noted a significant failure to discuss the effect of the U.S. sanctions against Venezuela, which have caused the death of 40 thousand people according to the Centre for Economic Policy Research.

Furthermore, the study highlights that the debate in the corporate media was only split between people in favor of a military overthrowing or a regime change through “peaceful transition,” leaving aside voices favorable to the Bolivarian Government.

“When this is about backing the overthrowing of a government that is undesirable for the U.S. Government, you can always count on op-eds to explain all the reasons why that would be good. What about millions of people who are against it? Well, they are out of the topic,” FAIR stressed.