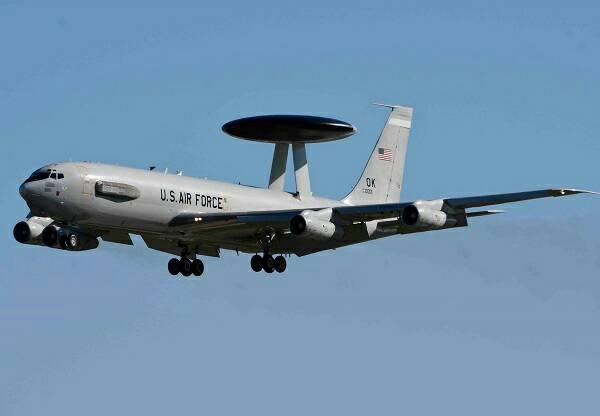 The Venezuelan investigative portal La Tabla through its facebook account made public yesterday the departure of a US military aircraft last Thursday from the island of Curacao where it was stationed since July 22, coincidentally the same day Venezuela suffered its latest nationwide electricity blackout.

#AWACS Until last Thursday # 25JUL remained in #Curacao an E-3G Sentry aircraft of the USAF, which operates as a radar station. Its acronym means early warning system and airborne control, developed as a variation of the Boeing 707 aircraft. The information was disclosed on July 22 by the US consulate on the island through media outlets in the island, they explained that the #AWACS mobilization was part of an “operation against drug trafficking”, coordinated between the Kingdom of the Netherlands and the USA. A web radar services investigation confirmed that the Sentry was operating in the area with registration 79-0001 whose base is in #Tinker Oklahoma, where it returned on Thursday. An image of the detail of a flight in the Netherlands Antilles on 24JUL. Located just 50 miles from the Venezuelan territory, Curacao is being used as the base of operations of an eventual air offensive against Venezuela. In June 2018, the entry of two Sentry was reported and of one in May 2016. The #AWACS system is designed to direct offensive operations or air battles, for which it is located at high altitude. Its use became known from Operation Desert Storm ordered by Bush Sr. against Iraq in 1990 and also during the Balkan War.

In a latest development the same portal, La Tabla has made public in recent hours the presence of another AWACS US military aircraft flying between Curacao and Colombia.