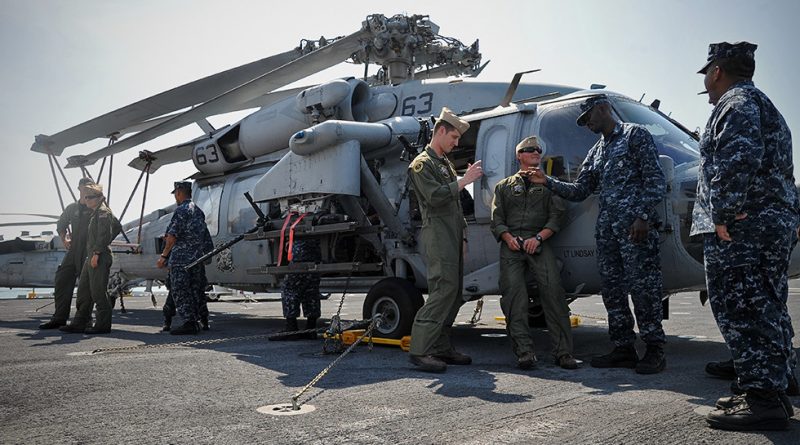 While protests in Hong Kong and the debacles in the UK Parliament under Boris Johnson have pushed Venezuela out of the media narrative, a recent troop detachment indicates Caracas may be back in the crosshairs.

The US has a long and hidden history of encircling rivals and adversaries with military bases with two notable goals in mind: one being to contain and surround the rival nation to prevent it from expanding its sphere of influence as much as possible; and two, to support a regime-change operation in that rival nation.

For example, I suspect most Americans have heard of the Monroe Doctrine. But I equally suspect that very few Americans realized that as of now, the US military has just recently returned to Guyana for the first time in a decade. The purpose of this detachment, according to Military.com, is to “shore up relationships amid growing tensions in neighboring Venezuela.”

With regard to Washington’s true intentions toward Venezuela, I think it is safe to say we can rely on this opening statement from Foreign Affairs, the magazine published by the Council on Foreign Relations, which stated that “the United States has a clear objective in Venezuela: regime change and the restoration of democracy and the rule of law.” A basic understanding of the English language would require that this sentence poses an oxymoron, as US-enforced regime change could never ever amount to the implementation of democracy and the rule of law.

So we know that the US wants to oust Nicolas Maduro’s government, as confirmed by one of the leading think-tanks in the geopolitical game. We also already know that there are at least five US military bases and a number of US military advisers in Colombia, which a simple glance at a globe will tell you is on the other side of Venezuela. By “shoring up relationships” to the east of Venezuela in Guyana, the US military will almost have the Latin American rival completely surrounded. The south is covered by Brazil, which is another stalwart Washington ally.

And of course, we can’t forget recently ousted national security adviser John Bolton’s infamous photo-op with a notepad which had written on it: “5,000 troops to Colombia.” I think I can speak on behalf of Iran, Venezuela, and any other country which Bolton has furiously led attempts to bomb back into the Stone Age, when I say farewell, you psychopath.

Back to the matter at hand, despite Bolton’s removal, Venezuela continues to be a major thorn in Washington’s side requiring remediation. As explained by Military.com, “Air Force officials hope the service’s relationship with the Guyanese military remains strong, especially as Russia and China continue to encroach into southern hemisphere and political unrest in Venezuela shows no signs of subsiding.”

If anyone has experience in being encircled by US bases, then Russia and China surely come to mind. But we will come back to this issue later.

“Guyana sits is in a strategic location on the north edge of South America and on the Caribbean,” Maj. Gen. Andrew Croft, 12th Air Force (Air Forces Southern) commander, said during a recent telephone interview.

“That’s what makes it important. Also, as political change happens in the nation and they become more aligned with us, it’s important for us to make those personal relationships not only through the embassy, but also through the military and the Guyana defense force, which is currently about 3,000 strong with the intent to nearly double it in the upcoming years.”

A bit presumptuous, isn’t it? “As political change happens in the nation and they become more aligned with us”? Who’s to say that Guyana will become more aligned with the US? Well, the US, that’s who. Because according to the US foreign policy playbook, the Monroe Doctrine means exhorting Washington’s will on Latin America and rejecting any attempt for those countries to steer towards socialism, Russia, China, or any other entity or ideology the US declares hostile. It bears to remind oneself that as part of this foreign policy playbook, right-wing, nationalist and/or populist ideologies are almost never opposed or rejected by the US, but welcomed warmly with open arms.

According to the Nation, the US has over 800 formal military bases in 80 countries, “a number that could exceed 1,000 if you count troops stationed at embassies and missions and so-called ‘lily-pond’ bases, with some 138,000 soldiers stationed around the globe.”

Collectively, some other 11 countries including Russia, the United Kingdom, Turkey, China, France and India, have barely some 70 bases between them.

This explains why when, earlier this year, the US demanded Moscow cut its ties with the Venezuelan government, Russia essentially laughed in response. As I hinted above, Russia will know the dilemmas of facing a US military presence on multiple avenues almost more than any other party. Russia constantly has to deal with the very real prospect that the US will establish a permanent military presence close to its border. In Germany alone, the US has about 38,000 personnel stationed there, and wants to deploy at least 1,000 to Poland. The Baltic States of Estonia, Latvia and Lithuania have a semi-permanent, rotating presence of 4,500 troops. The US also has close partnerships with Georgia and sells lethal weapons to Ukraine.

The same is true for almost any adversary caught in Washington’s crosshairs. Iran is a prime example. The US invaded Afghanistan and Iraq and established a neverending presence there, and has bases further surrounding Iran including and especially in nations such as Pakistan. At one stage in our not so recent history, the US had about 125,000 US troops in close proximity to Iran. As the US constantly flirts with troop levels in places like Afghanistan, then threatens to send more to staunch allies such as Saudi Arabia in an endless dispute with Tehran, this reality will be in place for some time to come.

Or take a look at Syria. Iran is Syria’s closest ally, yet somehow US troops ended up occupying 30 percent of Syria’s territory, including its most oil-rich parts, and has multiple bases there. Through leaked documents, we know regime change has been a dream for the foreign policy establishment for years.

And we don’t need a Foreign Affairs article to tell us that regime change is the ultimate goal of Washington’s war hawks with respect to Iran. Even with Bolton gone in spectacular, Trump-Twitter-style fashion, this will never change. Iran has too much oil and natural gas and acts too independently for America’s liking, forging strong ties with Russia, China, North Korea, Syria and attempting to bypass the US dollar on multiple fronts.

So, should Venezuela begin to worry about the increased number of US troops on its border? Given our recent history, I can only say, probably, yes it should. The US has made clear its intentions toward this Latin American nation and while an invasion or attempted regime-change operation would be disastrous, don’t ever put this fact alone past them. As we saw in Iraq, Libya and Afghanistan, where there is a will, there is a way, and the US will surely have its way or face losing geostrategic and oil-rich nations like Venezuela to its arch-rivals, Russia and China.

Darius Shahtahmasebi is a New Zealand-based legal and political analyst who focuses on US foreign policy in the Middle East, Asia and Pacific region. He is fully qualified as a lawyer in two international jurisdictions. 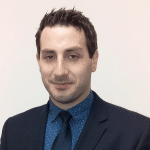 Darius Shahtahmasebi is a New Zealand-based legal and political analyst who focuses on US foreign policy in the Middle East, Asia and Pacific region. He is fully qualified as a lawyer in two international jurisdictions.

His writing has appeared in VICE, Newsweek, Stuff.co.nz, the Foundation for Economic Education (FEE), the Strategic Culture Foundation, the Express Tribune, Truthout, Counterpunch, and the Ron Paul Institute for Peace and Prosperity, to name but a few.

Darius Shahtahmasebi is a New Zealand-based legal and political analyst who focuses on US foreign policy in the Middle East, Asia and Pacific region. He is fully qualified as a lawyer in two international jurisdictions. His writing has appeared in VICE, Newsweek, Stuff.co.nz, the Foundation for Economic Education (FEE), the Strategic Culture Foundation, the Express Tribune, Truthout, Counterpunch, and the Ron Paul Institute for Peace and Prosperity, to name but a few.