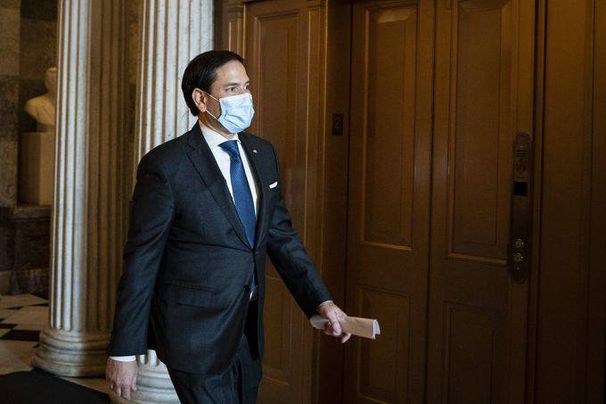 The US Department of State might consider this as a factor in the country’s ranking in the State Department’s Annual Human Trafficking Report (TIP).

Ultra conservative US Senators Marco Rubio, Rick Scott and Ted Cruz presented a bill to the US government requesting that the list of countries Cuban medical missions to be published.

The bill, called “Cut Profits to the Cuban Regime Act,” -if passed- will require the US Department of State to publish the list of countries that have contracts with the Cuban regime for its “medical missions” program.

RELATED CONTENT: Who Deserves the Nobel Peace Prize in a Time of Pandemic?

The information was released on the official website of the senator from Florida , Marco Rubio, replicating textually the anti-Cuban narrative about the material benefits for the island, currently fighting back a new round of sanctions and blockade similar to the one currently imposed on Venezuela.

This publication also indicates that, “there are around 50,000 Cuban doctors working in 67 countries around the world, while Cuba has taken advantage of the Covid-19 pandemic to exploit its own physicians with greater force, knowing that the island is desperately in need of medicine, medical equipment and professionals,” but without saying that it is as result of US illegal sanctions and blockade.

While the ultra conservative senators are living in the country worst hit by Covid-19 due to the mismanagement and lack of leadership of Donald Trump and his lackeys, the Cuban professionals willingly go all over the world giving healthcare to millions.

“The US does not care about their own people, they execute people of color in the middle of the streets every day, igniting the George Floyd uprising, but these senators only care about forbidding millions in many countries all over the world access to healthcare in the middle of the worst pandemic humanity has faced,” an international analyst said to Orinoco Tribune.

The three senators agreed that the bill will clarify who the international accomplices are and will also send a clear warning to the world about the seriousness with which the United States opposes the trafficking of Cuban doctors.

“The Sanctioner in Chief and his accomplishes are driving a very weak US toward the edge, sanctioning more countries every hour, growing the list of sanctioned countries. Doing this they are so arrogant that they do not realize they are isolating themselves because every day cooperation among illegally sanctioned countries grows,” the analyst added