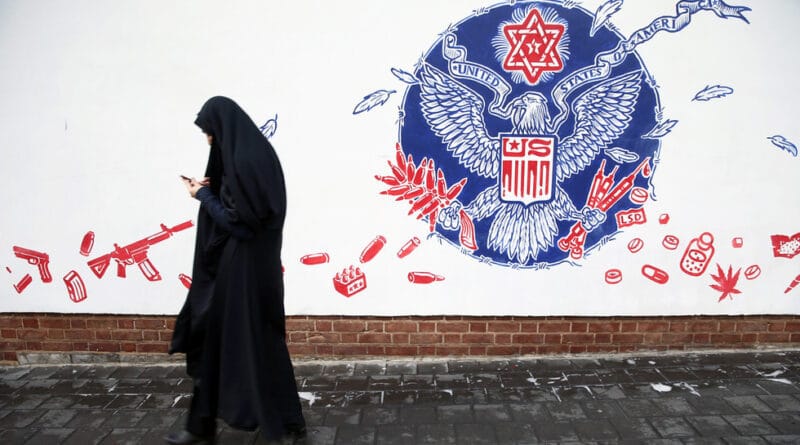 October 8, 2020.-  Washington has announced a new sanctions package against Iran, hitting the country’s financial sector and targeting 18 major banks. Tehran has branded the move a “crime against humanity” and an attempt to starve the country out.

The new sanctions were announced by the US Treasury Department on Thursday. The move was made to further “isolate the Iranian economy from the global financial system,” which the Treasury claimed is necessary to stop Tehran from advancing its alleged “malign agenda.”

“Our sanctions programs will continue until Iran stops its support of terrorist activities and ends its nuclear programs. Today’s actions will continue to allow for humanitarian transactions to support the Iranian people,” Secretary of Treasury Steven Mnuchin said in a statement.

While the Treasury has explicitly stated the sanctions do not apply to transactions needed for procurement of agricultural commodities, food, medicine or medical devices, Tehran accused Washington of attempting to starve the country out and of primarily targeting Iranian people.

“Amid Covid 19 pandemic, US regime wants to blow up our remaining channels to pay for food and medicine,” Iran’s Foreign Minister Javad Zarif posted on Twitter. “But conspiring to starve a population is a crime against humanity.”

Earlier in the day, the US Department of Justice announced seizure of 92 web domains allegedly used by Iran’s elite Revolutionary Guard Corps (IRGC) to wage a disinformation campaign. Four of the websites were allegedly disguised as “genuine news outlets” directly targeted the US, while the remainder reached audiences in Western Europe, the Middle East and Southeast Asia, the US officials claimed.

The US-oriented domains, identified as “newsstand7.com,” “usjournal.net,” “usjournal.us” and “twtoday.net” now display a message that they’ve been seized by the FBI.

“Fake news organizations have become a new outlet for disinformation spread by authoritarian countries as they continue to try to undermine our democracy,” Assistant Attorney General for National Security John C. Demers stated. “Today’s actions show that we can use a variety of laws to vindicate the value of transparency.”

Iran has repeatedly rejected US allegations of terrorism support or of pursuing any programs related to nuclear weapons. Despite Tehran’s adherence to the landmark 2015 nuclear deal, known officially as the Joint Comprehensive Plan of Action (JCPOA), being confirmed by independent international observers, the US claimed Iran had violated the “spirit” of the agreement. Washington walked away from the multilateral treaty in 2018, reimposing old – and introducing new – sanctions against the country.