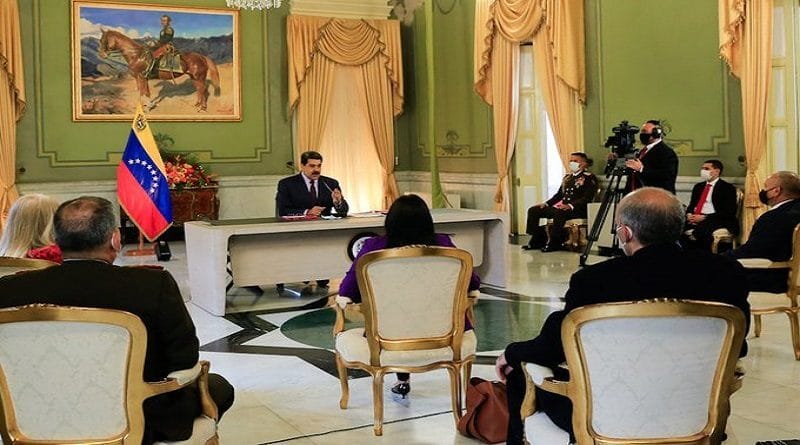 President of Venezuela Nicolás Maduro received, this Friday, October 9 in the afternoon, the new Anti-Blockade Law, approved the day before by the National Constituent Assembly (ANC).

“I want to thank the ANC for expeditiously approving this Anti-Blockade Law for the defense of Venezuela and the development of the country,” said the President. “I personally participated in the architecture of this law,” Maduro commented through a broadcast by Venezolana de Televisión (VTV)

The first presidential decree framed in the approval by the National Constituent Assembly of the Anti-Blockade Law consists of the creation of the International Center for Productive Investment, President Nicolás Maduro reported.

The main objective of this center, attached to the Executive Vice Presidency of the Republic, is to attract investments to the country for the development of the economy, foreign trade and the overcoming of coercive measures, based on the evaluation, approval and promotion of productive projects received within the framework of the Anti-Blockade Law.

As a specialized center, it also will be responsible for the generation and dissemination of studies, reports and statistics on the consequences and harmful effects of these measures in order to provide the Venezuelan people, and those beyond the country’s borders, with accurate information in this regard.

The head of state said he has already prepared its headquarters and that it will be under the direction of Hector José Silva Hernandez , who was recently the Foreign Trade Bank’s (Bancoex) President.