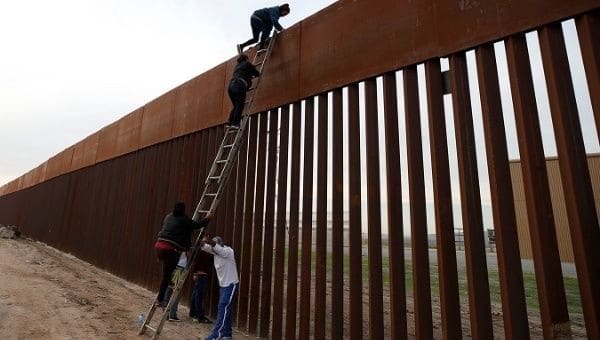 President Trump, who has described Central American migrants as a threat to U.S. national security, has tried to consolidate a ‘zero tolerance’ immigration policy.

Friday the United States Supreme Court handed a setback to President Donald Trump, by refusing the implementation of new rules that would prohibit asylum for people who enter the country after illegally crossing the Mexican border.

The judges voted 5-4 to reject the Trump Administration’s request to block an order from a California federal judge which prevents, at least temporarily, the implementation of an edict to make any person crossing the US-Mexico border, out of an official port of entry, ineligible for asylum.

“The Supreme Court’s decision to leave the asylum ban blocked will save lives and keep vulnerable families and children from persecution. We arepleased the court refused to allow the administration to short-circuit the usual appellate process,” said Lee Gelernt, an American Civil Liberties Union’s lawyer

The asylum restrictions were made on Nov. 9 through a decree which prohibited, at for least 90 days, the option to apply for asylum on the southern border to those who entered the country irregularly. That same day, different human rights groups criticize the Trump Administration and request that a judge issue a national blockade. According to Trump’s decree, the limitation could be extended until the signing of an agreement with Mexico that allows the U.S. to directly deport immigrants who cross illegally. Last Thursday, the Trump Administration launched a measure along this line and, although there was no agreement with Mexico, it implies the return of immigrants who arrive in the United States irregularly to Mexican territory, including asylum seekers.

President Trump, who has described Central American migrants as a threat to U.S. national security, has tried to consolidate a ‘zero tolerance’ immigration policy. However, his measures have received several judicial setbacks.

In September of 2017, for example, Trump canceled the Deferred Action for Childhood Arrivals (DACA), a program created in 2012 by former President Barack Obama to protect undocumented youth who came to the country as minors.

One month later, however, a U.S. Court of Appeals ruled that the Trump Administration should retain the program.

Trump also announced the end of the Temporary Protected Status (TPS), which prevents deportation and gives work permits to immigrants who come from countries suffering from conflict situations, humanitarian crises or natural disasters.

On that occasion, a judge also ruled in favor of TPS beneficiaries from El Salvador, Nicaragua, Haiti and Sudan.