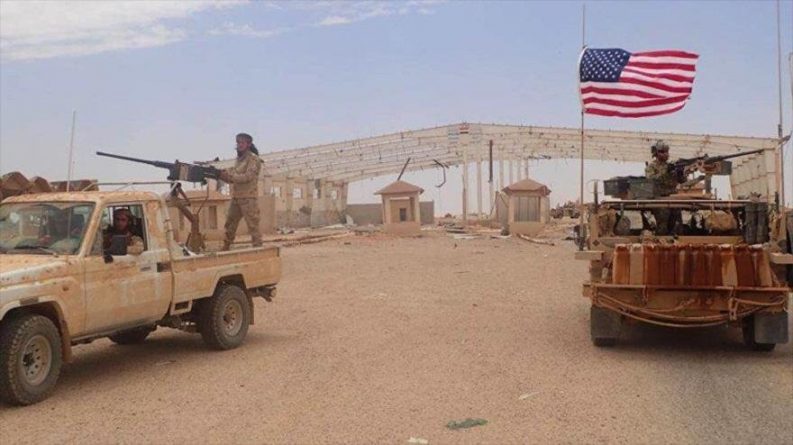 Military-trained militants in the southeast of Syria want to abandon the base of Al-Tanf before the announcement of Washington’s withdrawal from the Arab country.

As reported on Saturday by local media, the leader of the armed group Maghawir Al-Zawra (Commands of the Revolution, in English), Mohanad al-Talea, has called for a “safe corridor” by which the militiamen under his command and their relatives can leave the base of Al-Tanf to go to northern Syria.

This armed faction, sheltered by the so-called anti-ISIL coalition (Daesh, in Arabic) and trained by US forces, operates within a radius of 55 kilometers from the base of Al-Tanf, located in the southeastern end of the central province of Homs.

The seditious leader warned of possible direct confrontations with the Syrian Army and its allies in the Syrian desert, if the coalition fails to support the armed bands in the area. In his view, any conflict with the Syrian forces would entail “serious dangers” for his men.

Meanwhile, in a statement issued on Saturday, the group announced that it will try to reach Western and coalition forces, which they considered it would be “the best option for all,” while US President Donald Trump decided to withdraw the US military from Syria. The Al-Tanf area is located at a strategic point near the border with Jordan and Iraq. That’s where the Baghdad-Damascus highway crosses. It is the only point in southern Syria where the US has a limited military presence, since the rest of the US soldiers are deployed in regions controlled by the Kurds in the northeast of the Levantine country.

The Syrian authorities have repeatedly condemned the presence of Western troops in this key area, arguing that Washington is trying to stop the advance of the Syrian Army to the terrorists of Daesh. In fact, the coalition even bombed the Syrian forces several times while fighting the ISIL terrorists.

On the other hand, the Russian Ministry of Defense denounced that the base of Al-Tanf “has become a black hole that extends 100 kilometers on the border between Syria and Jordan” and that Daesh, from this area, launches “surprise attacks” and terrorist attacks against Syrian troops and civilians.