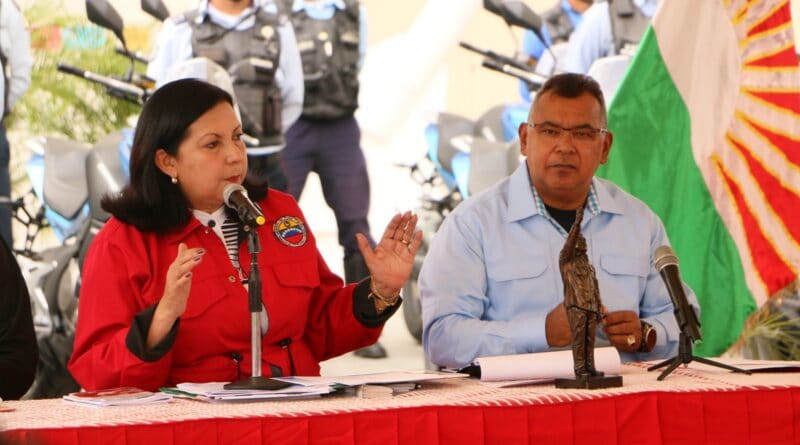 Venezuelan President Nicolás Maduro announced the appointment of Alí Padrón Paredes, Néstor Reverol and Carmen Meléndez as ministers for Tourism, for Electric Power and for Internal Affairs, and for Justice and Peace, respectively. The announcement was made Sunday during a working meeting held from La Guaira state.

The outgoing Minister for Tourism Félix Plasencia was appointed as Venezuela’s ambassador to the People’s Republic of China. “He was vice chancellor of international cooperation, vice chancellor of Europe, a good minister and in the middle of the pandemic he remained there. He has a clear strategy for China for his role as ambassador,” Maduro said.

Regarding Padrón, the new Minister of Tourism, the President highlighted that he is an economist, a specialist in international public administration, an expert, “and I have great faith that he will give strength and dynamism to tourism policies, and with the anti-blockade law we are going to make alliances for the development of tourism in the hubs as a priority,” he stressed.

Reverol will lead the Ministry for Electric Power to continue strengthening the National Electricity Corporation (Corpoelec), to combat the electrical sabotage promoted by opposition sectors, and to continue recovering investments made in this area.

Freddy Brito, formerly in that post, will now be in charge of presidential projects for the electricity sector.

The Ministry for Internal Relations, Justice and Peace will be led by Carmen Meléndez, Governor for Lara state until Sunday, whom Maduro entrusts to continue promoting the Peace Quadrants security strategy.

“She will continue to be a godmother, protector of the Lara state where she has built the Popular Power and united all the mayors,” said the National President.

Meléndez expressed her willingness to assume this new responsibility as a soldier of the country: “You can be sure that I will excel, as I’ve done all the tasks that have been assigned to me,” she said.