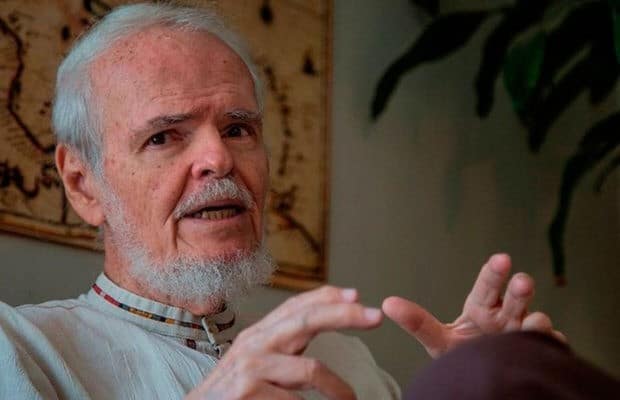 What should be our policies towards states that threaten or attack us? With proverbial generosity, Venezuela lavishes advantages and support to countries that do not correspond to us in the same terms.  For example, we have celebrated more than three dozen of the infamous “Treaties against double taxation” by virtue of which we do not charge taxes for their profits in Venezuela to companies or nationals of the signatory countries.  The first of them, signed by Rafael Caldera  before leaving power, was signed with the United States. Then we have concluded agreements of the same nature, among other countries, with Germany, Austria, Barbados, Belgium, Brazil, Canada, Denmark, Spain, the United States, France, Holland, Indonesia, Italy, Norway, the Netherlands, countries belonging to the Andean Community, Portugal, United Kingdom, Czech Republic, Sweden, Switzerland, Trinidad and Tobago. Some of their governments share the relevant merit of meddling in our internal affairs by recognizing a puppet chosen by no one as “president in charge of Venezuela .”

Transnational capital does not pay taxes in Venezuela

What are the Infamous Treaties against Double Taxation, about which the media have maintained such a complicit silence? They replace the national principle of territoriality of income, by virtue of which the taxpayers pay taxes to the State in whose territory they obtain their benefits, with nationality, according to which the companies and businessmen of a country that obtain benefits in the another’s territory, they will pay taxes on such benefits in their country of origin. These pacts obviously favor developed powers , which have numerous companies abroad, and thanks to this now they enter into their treasuries the taxes that they previously paid abroad. Thus they ruin the underdeveloped countries, which provide foreign investors free of charge factors of production such as their territory, their natural resources, their public services, communication channels and legal security, as well as education, medical care and social security, its workers, without receiving a penny in taxes to pay for such expenses. There is no reciprocity between investors and exploited.

Who do the Infamous Treaties against Double Taxation benefit? The Venezuelan Anti-Debt Network calculated for 2009 that the fiscal sacrifice for these inconceivably wasteful agreements would be $17,875,000,000 US for that year. If we do not make this gift to hegemonic countries that sometimes mistreat and threaten us, it would be enough to offset the loss of oil revenues, and maintain   the social investment and reproductive, without devaluing, increasing taxes or creating new debt. This figure is equivalent to almost half of the original amount of the Venezuelan External Public Debt. It is possible that the bleeding for the exemptions granted under the infamous “Treaties against Double Taxation” in just ten years exceeds the payment of the Public Debt service in three decades.

The Economic War of Tax Evasion

What sense does it make that we confine privileges of tax immunity to citizens and companies of a country that blockades us, steals our assets abroad, assaults and   threatens to start or support a military intervention? Another set of countries enjoys the same prerogative, which also intends to intervene in our internal politics, ignores our authorities and   supports attempts at destabilization. Let’s say it at once: stealing from a State the taxes to which it is entitled is a variant of the Economic War. We Venezuelans have to pay with  increases in the tax burden and VAT what the transnationals save.  Much worse: with the money they save not paying taxes, they pay for weapons and equipment to exterminate us. This absurd regime of privileges has to disappear, before it finishes our Public Treasury.

The same applies to the set of Free Trade Agreements. These inexorably favor the most developed country, which, depending on them, exports high-value-added products without charges, while its less developed commercial partners usually export raw materials. Thus, a Free Trade Agreement, which Donald Trump left without effect, which bound him to Mexico and that of the Pacific Alliance, will be potentially harmful. Any State that pronounces itself against us must receive in response the immediate rescission of the Free Trade Agreement that benefits it. One of the most flagrant examples is that of neighboring  Colombia, whose trade balance with Venezuela favors it at around 4,500 million dollars per year. With it , the Cartagena Agreement was signed a decade ago, which frees customs duties and declares several thousand items of free import and export, which is equivalent to a Free Trade Agreement with a country that in turn has an agreement of same nature with the United States, who directs the aggression against us. With full awareness of the inconvenience of this type of ties, Hugo Chávez Frías disincorporated us from the Andean Community of Nations, which established free trade with countries whose governments now oppose us, such as Colombia and Peru.

In order not to continue piling our opponents with privileges, we must review all our diplomacy and  our treaties. Exchange agreements   with Colombia persist under which Venezuela is obliged to allow the free circulation of our currencies in the exterior, these currencies are bought by the Colombian exchange houses, arbitrarily fixing the exchange rate, with which they   manipulate and thus destroy the value of our currency. All these exchange agreements have to be reviewed or denounced.

Treaties violating the Immunity of Jurisdiction

Fortunately we withdrew  from the Commission and the Inter-American Court of Human Rights, we retired from the OAS, but we still have to review some number that undermine our sovereignty by subjecting us to potential or factually hostile foreign courts. Virtually all Infamous Treaties against Double Taxation and Free Trade Agreements contain unconstitutional clauses that subject disputes on matters of Venezuelan domestic public order to jurisdictional or arbitration bodies from abroad. On December 28, 2018, a Law for the Promotion and Protection of Foreign Investments was enacted, which, in addition to granting greater privileges to foreign capitalists than to the Creole, provides that the judgments of the Supreme Court of Justice could be annulled by foreign courts. That can not be.

Let us intensify  the multipolar diplomacy   promoted by   Hugo Chávez Frías, strengthen ties with China and with Russia, fraternize with all the peoples of the earth. But let’s not give Venezuelan sovereignty to any external power, because with it we lose everything.