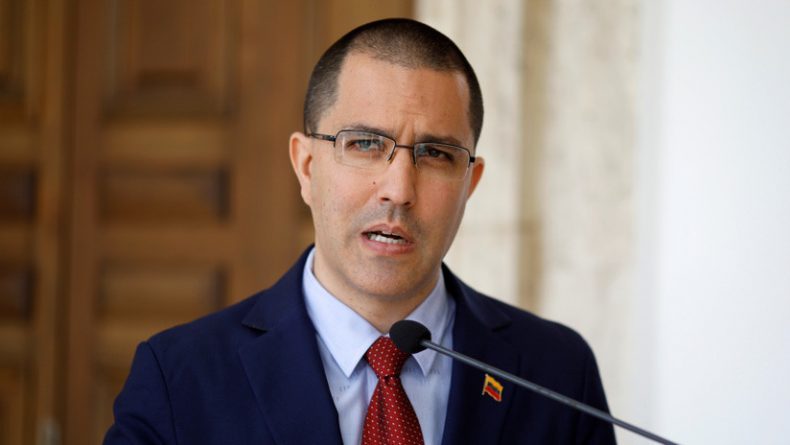 Venezuelan Foreign Minister Jorge Arreaza on Thursday celebrated the exit of Ecuador from the Union of South American Nations ( Unasur ), and called the authorities of that country ” traitors” after the decision taken by President Lenin Moreno .

Through his Twitter account, Arreaza quoted a phrase of Simón Bolívar, former Venezuelan president and emblematic figure of the Spanish-American emancipation from the Spanish empire, to express his agreement with the withdrawal of the neighboring country of Unasur: “We can not have traitors in our files, otherwise we would lose our country” he posted.

The withdrawal of Ecuador from Unasur
The Head of State of Ecuador, Lenin Moreno, announced on Wednesday the decision to withdraw his country from the Organization and ask for the return of the building that houses the general secretariat of the agency on the outskirts of Quito.

“Today I want to communicate to Ecuador our definitive exit from Unasur,” Moreno said on a radio and television station. And he announced that he will deliver the headquarters of the regional bloc to the Indigenous University of his country.

Last January, the president of Colombia, Ivan Duque, said working with his Chilean counterpart Sebastian Pinera in creating Prosur,  an agency of South American regional integration that aims to replace the Unasur , which Bogotá also exited on August 2018.

Unasur has promoted regional integration since its creation in Brasilia, on May 23, 2008, propelled by the late Venezuelan president, Hugo Chávez.