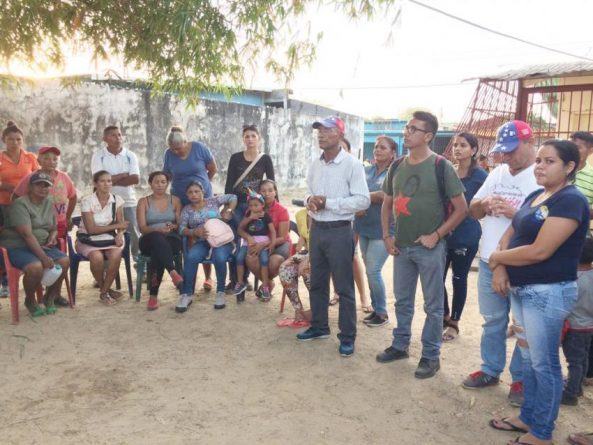 Given the media barrage surrounding Venezuela’s “humanitarian crisis”, recent tensions on the Venezuela-Colombia border, and talks of “military options” and coup attempts, it was hard to know what to expect on returning to the country for the first time in five years.

I envisaged a country on a knife’s edge, particularly as I arrived in Caracas on March 5. This was the day after opposition leader and self-proclaimed “interim president” Juan Guaidó re-entered the country and the anniversary of the death of Hugo Chávez, predecessor to elected President Nicolás Maduro.

Yet, the capital was remarkably quiet. It was Carnaval — one of the most important holiday periods for Venezuelans — and like every other year, most Venezuelans preferred to spend it at the beach or visiting family.

Over the next two weeks, the relative calm and stability in a country with (on paper at least) two competing presidents, and which faced an unprecedented, days-long, nationwide electricity blackout affecting access to water and telecommunications, was striking.

Extreme contradictions
Equally striking were the extreme contradictions that have emerged, due on the one hand to the gains of the revolutionary process Venezuela has undergone during the past two decades, and on the other hand the recent — and rapid — rollback of many of these due to the deep economic crisis.

During the boom years of the Chávez government, wealth redistribution meant that the poorest sectors could access basic products, trademark brands and domestic electronic goods that had always been out of reach.

This began to change following Chávez’s death. The escalation of the economic war against the Maduro government meant certain goods became scarce.

Today, it is again easy to find most of these goods — and relatively cheaply when taken in US$ terms, as The Economist recently noted, ranking Caracas the cheapest city in the world.

But hyperinflation has meant workers’ wages have plummeted, making most things far from cheap for the majority who are paid in bolivars, the local currency.

Venezuela’s current minimum wage — the lowest in the region — stands at less than US$6 a month, or enough to buy one egg per day. Even a skilled worker — there are many due to the huge expansion in access to university education under Chávez and Maduro — might earn as little as $10-$20 per month.

Technology firms that have set up operation in Venezuela despite the recent economic crisis have taken advantage of this combination of a highly-skilled, low-waged workforce.

Seeking out the cheapest goods, in a context of spiraling prices, is a daily challenge made more complex by the impact of political events.

After the Venezuelan/Colombian border was closed in late February, prices dropped on a number of goods previously being taken across the border for resale at higher prices. Prices spiralled up again during the blackout, as food stocks went bad due to lack of refrigeration.

Purchasing goods and services with bolivars is increasingly hard. Interstate bus trips, which generally have to be paid in cash, require handing over a brick of notes. There is a lack of access of bills and banks are limiting daily withdrawals to less than US$1.

It is common to find street hawkers with debit and credit card machines, and many happy to accept US dollars to overcome this problem.

In border states such as Apure — and even Barinas, several hours from the border — vendors accept, and sometimes prefer, Colombian pesos, as the value of bolivars depreciates daily.

Gains of the revolution
For Venezuelans, in particular the poorer sections, this has led to a dramatic cultural shift in consumption. In place of the trademark brands and traditional staple foods many were accustomed to a few years ago, most Venezuelans are forced to make do with what they can access.

Dealing with the current crisis requires finding other means to make ends meet.

Many Venezuelans have been helped by the ongoing achievements of the revolution. The provision of millions of homes for the poor means, despite the crisis, homelessness in Caracas is much less visible than in other South American capitals.

RELATED CONTENT: What we Found in Going to the Venezuela-Colombia Border

Similarly, the cost of basic services remains the lowest in the region.

When compared with the rest of the region, Venezuelans have the cheapest electricity, the greatest percentage of household connectivity and the highest per capita consumption, surpassing more industrialized countries such as Brazil — details largely overlooked by the media during the recent blackout.

Venezuelans have been able to ameliorate the impacts of the crisis through the Local Committees for Supply and Production, or CLAP by its Spanish acronym. These committees regularly distribute boxes to local families containing food products imported by the government.

The government has also regularly deposited bonus payments into people’s accounts to provide much needed funds.

There are many examples of how communities, independently of the government, have sought to organice themselves to either produce locally or connect up with other communities in rural areas to get food to those who most need it.

Another means of survival is the flourishing of everyday illegal economic activities, such as reselling CLAP products and other goods on the black market or over the border in Colombia. The scale of contraband is so large that Venezuelan petrol crossing the border not only meets all of eastern Colombia’s demand but is purchased and refined by Colombia’s state oil company for export.

Others seek to overcome the effects of the economic crisis by sending family members abroad with the aim of them sending remittances back home. Others have decided to simply migrate, taking qualifications and skills with them.

So who is to blame for the crisis? The answer depends on who you ask.

For the opposition, it is the fault of the “corrupt, narco, Castro-Chavista dictatorship” headed by an illegitimate president.

For government supporters, blame lies with US imperialism and its lackeys in the local right-wing opposition, which have used sanctions, sabotage and economic warfare in their attempt to bring down Maduro.

For others, the concern is less with who is to blame and more with the complete lack of proposals and solutions coming from either side to overcome the crisis.

Sanctions
There can be no denying that sanctions and economic warfare have had dramatic consequences.

According to the Latin American Geopolitical Strategic Centre (CELAG), the direct and indirect damage of economic actions against Venezuela cost the economy about US$350 billion from 2013-17. Sanctions have only worsened since then.

The sanctions — together with the recent coup push and threats of military intervention — have provided the perfect cover for corrupt and bureaucratic sectors within the government to further their agenda.

In the name of “emergency measures” and the need to control the distribution of resources, government officials have sought to bypass controls on how funds are spent and attempted to supplant community organising with initiatives controlled by local officials of the governing United Socialist Party of Venezuela (PSUV).

This combination of internal destabilization and foreign intervention has created a climate in which communities with legitimate demands feel hesitant to protest. Despite criticisms they have of the government, they do not want to be used by the opposition in its coup drive.

Security forces have also used this climate to justify repression against non-political protests.

Chavez’s legacy
These issues were raised by activists, many of whom continue to identify with Chavismo, a political movement of the poor that — contrary to misconceptions in the media and even on the left — continues to include millions in its ranks and maintains the same self-critical stance and diversity of views it always has.

It is perhaps here where Chávez’s greatest legacy can be found.

Traditionally marginalized, Venezuela’s popular classes exploded onto the political scene in the late 1980s and developed into the political movement that takes the name of its most well-known leader.

Over the next few decades, these sectors flooded into areas they had always been excluded from: universities, shopping malls, state institutions, the upper echelons of the military, all the way to the presidency.

They penetrated deeply into the Venezuelan military, forging a profound civic-military alliance, which continues to be the base of support of the government.

They also acquired an ever-growing consciousness of their role in history and world politics.

Talk to a Chavista and they will explain to you the role Venezuela played in the liberation of South America from Spanish colonialism. They will also outline in great detail the vast reserves of national resources the country contains and how they are coveted by many — not just the United States.

There is little doubt Chavismo has been hit hard by the recent crisis, has lost some of the support it had in its heyday under Chávez, and contains a diversity of views towards the current government.

But it continues to exist and refuses to be pushed back into obscurity.

The refusal of Maduro’s opponents to acknowledge Chavismo’s existence goes a long way to explaining why, despite Venezuela’s profound crisis, Maduro remains in the presidential palace.