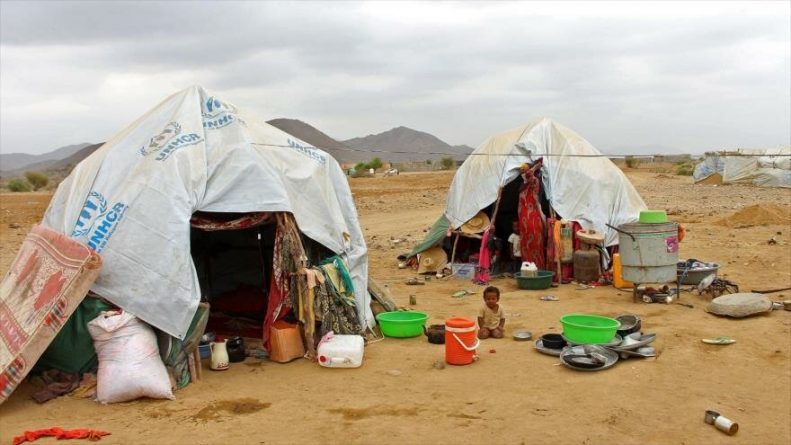 The Yemeni popular movement Ansarolá claims that the campaign of Saudi military aggression against Yemen is directed by the US and that it involves Israel and the United Kingdom.

“Yemen is the target of a global aggression that involves the United States, the United Kingdom and Israel,” Ali al-Qahum, a member of the political council of the Yemeni movement, said on Thursday.

In fact, the activist said, Saudi Arabia and the United Arab Emirates (UAE) are, in their coalition against Yemen, “just dirty tools” used to carry out the plans of Washington, London and the Zionist regime.

The member of Ansarolá has reiterated the recent message from the Ministry of Defense of the Arab country, according to which the Army of the poorest country in the region and its allied forces are ready to defend their homeland.

According to Al-Qahum, the Yemeni people already know well the plans of Riyadh, which launched its brutal aggression in 2015 with the aim of restoring to power the fugitive former president Abdu Rabu Mansur Hadi, his ally, and whose bombings have caused the deaths of more than 60,000 civilians .

Al-Qahum has argued that Ansarolá is willing to implement the Stockholm agreement, signed on December 13, 2018 in the Swedish capital, but, the other party refuses to do the same.

The agreement, signed with the approval of the United Nations, was signed between the warring parties in Yemen – Navarre and representatives of the fugitive government – and dictates, among other measures, a ceasefire throughout the western province of Al-Hudayda.

In this context, the high commissioner of the United Nations (UN) for Human Rights, Michelle Bachelet, said on Wednesday that despite the signing of the truce agreement it is estimated that every day there are deaths or are injuries from Riyadh’s attacks and his allied eight children.