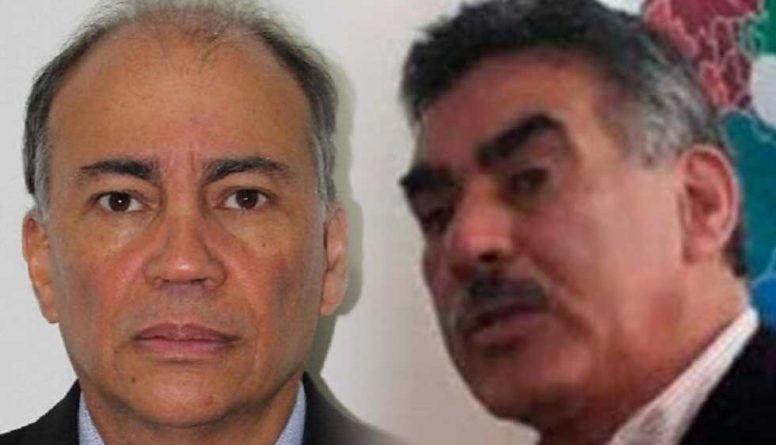 Caracas thus responds to the decision of the Government of the President, Iván Duque, to expel Carlos Pino, a Venezuelan Officer working in the Venezuelan Embassy in Bogota.

Venezuela announced on Thursday the expulsion of Juan Carlos Pérez Villamizar, a Colombian consular official in that country, in reciprocity for the decision of Colombia to expel Carlos Pino, a diplomatic officer on duty at the Embassy in Bogotá.

In a statement, Caracas indicated that even though Pino is a member of the Venezuelan “diplomatic mission,” he was subjected to “kidnapping” and “arbitrary expulsion” by the Colombian authorities. The Government of Venezuela explained that Pérez Villamizar was in diplomatic functions in his country without the corresponding accreditation, “in open violation of the international conventions that govern the matter,” according to the foreign ministry’s statement.

This Thursday, the Colombian government transferred Pino to the Simón Bolívar international bridge, border between both countries, and handed it over to the Venezuelan Identification, Migration and Foreign Service. The expulsion of both officers (Pino and Pérez Villamizar) takes place amid a context of tense relations between Caracas and Bogotá, with accusations by President Nicolás Maduro towards his Colombian counterpart Ivan Duque, to plan violent actions and destabilizing plans.

The director of Migration of Colombia, Christian Krüger, reported that his government expelled the Venezuelan Carlos Pino because he allegedly carried out activities that entailed “risks that may affect the national security” of the South American country.

Bogotá took the measure against the Venezuelan based on Article 2.2.1.13.2.2 of the ‘Regulatory Decree of the Administrative Sector of External Relations’, which authorizes the director of migration to expel foreigners from the country who “carry out activities that attempt against the national security, public order, public health, social tranquility or public safety “.

The Venezuelan, who did not possess diplomatic immunity despite being a personal of the Embassy of his country in Colombia, according to the sanction imposed, will not be able to enter the Colombian territory for ten years, as of the date. At the end of the period he will need a visa to enter.

Gloria Flórez Scheneider, former government secretary during Gustavo Petro’s tenure as mayor of Bogotá, told a news conference on Thursday that her husband’s deportation “is a false judicial positive.”

In her opinion, the Venezuelan “is being framed” because allegedly there are “signs that ensure” that his partner “is a spy.” She said that this action, which described as a “profound arbitrariness”, “seeks to generate another conflict between Venezuela and Colombia” and that her husband has not committed crimes or intervened in the internal affairs of that South American country.

Through a statement, the ex-congresswoman for Colombia Humana denounced the night of last Wednesday the “arbitrary detention” of her husband. On the other hand, the senator Iván Cepeda Castro, requested the security of the ex-senator to be guaranteed.