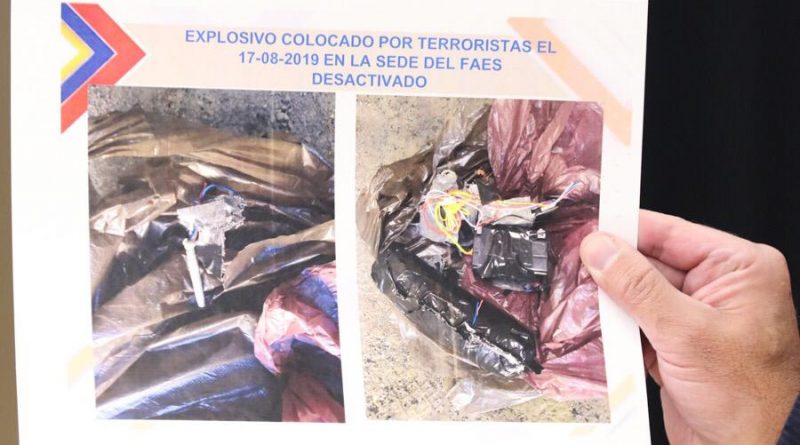 Vice President Jorge Rodriguez presented evidence of a failed attack on Venezuela’s highest courts located in Caracas allegedly to be carried out by criminals trained in Colombia.

The government of Venezuela denounced a failed series of attacks against several strategic targets in Caracas, according to information revealed by the Vice President and Minister of Communication and Tourism Jorge Rodriguez.

Rodriguez presented evidence of the plan orchestrated from Colombia with the intention of destabilizing the government of President Nicolas Maduro. According to the spokesperson, the criminal plan has been going on with the complicity of Colombian President Ivan Duque.

The plan included an explosion on Caracas’ Justice Palace that was meant to be carried out by groups that he called “terrorists” trained in Colombian territory and commanded by Venezuelan opposition politician Julio Borges. The failed attack was also going to affect very populated areas that surround the court complex, such as Diego Ibarra Square, a housing block in the 23 de Enero district, and the headquarters of the FAES special police unit. The attack could have been fatal to many innocent people, Rodriguez said.

He also showed aerial pictures and coordinates of the camps where at least 200 individuals were receiving military training, highlighting that those centers were still active and urging Colombia’s President Ivan Duque to assume responsibility of allowing them to function. Cliver Alcala, a man previously involved in previous attacks against President Maduro’s life, was pointed by Rodriguez as the commander of these centers.

According to the evidence, the purchase of drones and weapons were also carried out in Colombian territory.

Several individuals have been captured thanks to investigations. Some were arrested at the time they acquired supplies for the explosives building. Among them, is Luis Gomez, a Colombian-Venezuelan citizen, arrested with explosive devices, who is cooperating with the Venezuelan authorities by providing information.

Rodriguez also showed the picture of a deactivated bomb meant to use in the attack, which the Venezuelan officials were able to catch on time to avoid a tragedy.