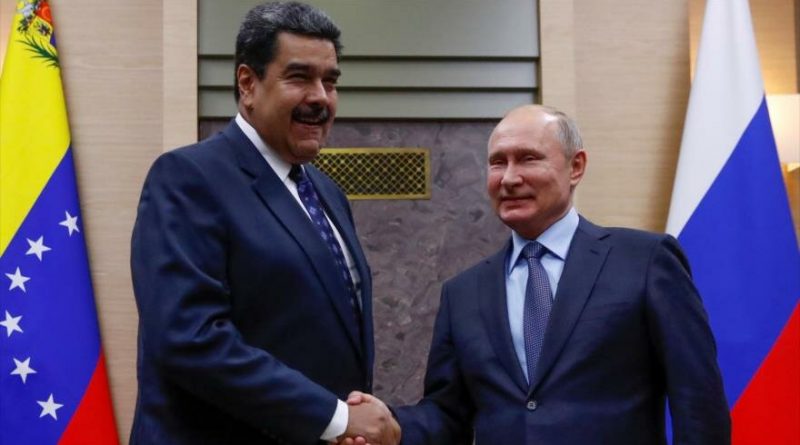 Venezuela notes that Russia’s decision not to participate in the next Lima Group meeting evidences Moscow’s respect for international law.

“The decision of Russia is a sovereign decision and the arguments presented by the Russian Government are perfectly solid (…) What is evident is that Russia is committed to international law and the peaceful resolution of conflicts that may arise in a sovereign manner in each country,” Venezuela’s Vice Minister of Foreign Affairs, Ivan Gil, said in an interview with Russian news agency Sputnik on Wednesday.

In early July, Peru invited China, Russia, Cuba, the United States and several other countries to discuss the situation of Venezuela in Lima (Peruvian capital) on August 6.

However, the Russian Foreign Ministry announced on Tuesday that, after studying all the circumstances, Moscow reasonably concluded not to participate in the Lima Group meeting, which will address the situation in Venezuela.

The Foreign Ministry “doubts that an approach that provides for discussions on the problems of democracy in Venezuela without the participation of Venezuelans, represented by the Government of Maduro and other political forces, is correct,” a Kremlin statement said.

The decision of Russia is a sovereign decision and the arguments presented by the Russian Government are perfectly solid (…) The evidence is that Russia is committed to international law and the peaceful resolution of conflicts that may arise in a sovereign manner in each country,” says the Vice Minister of Foreign Affairs of Venezuela, Iván Gil.

In this regard, the Venezuelan vice chancellor highlighted that the Russian position shows that the Eurasian country overlays “personal or ideological interests, with what belongs to the Charter of the United Nations and international law”.

Gil, in addition, praised the rejection of Russia and “much of the countries of the world” to the claim of the Lima Group to “want to distort the will” of the Venezuelan people and “the rules of international law” and noted that this negativity has hindered the attempts of this opposition group to intervene in the Caribbean country.

After minimizing the possibility that the Lima meeting will reach a proposal that contributes to the dialogue process between the Government of Caracas and the opposition in Barbados, the Russian official said that any initiative that is outside the Oslo mechanism will only generate interference.

Venezuela has faced a political crisis since January 23 when opposition deputy Juan Guaidó, head of the Venezuelan National Assembly (AN) – a majority in opposition and in contempt since 2016 – proclaimed himself interim president of the Bolivarian country with direct support from the US and some of its allies.

Russia has repeatedly ratified its support for Venezuela and rejected the US coup plan and several of its regional allies against Maduro and now with its refusal to participate in the Lima Group meeting, called by Caracas the “Washington Group”, it has shown its rejection of any interference in the internal affairs of Venezuela.