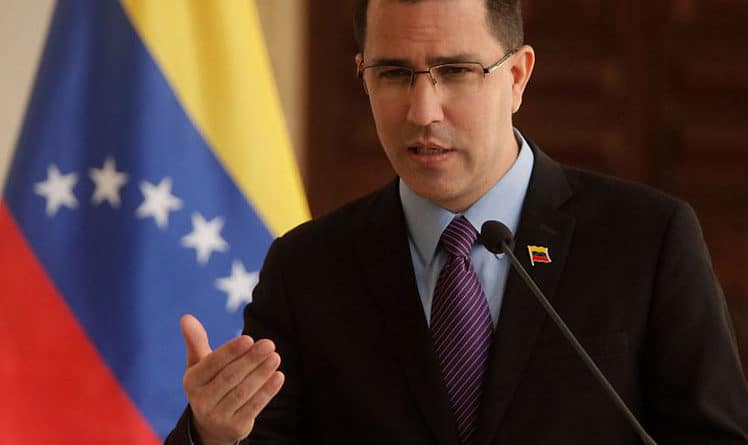 Caracas, Jun 26 (Prensa Latina) Foreign Minister Jorge Arreaza said on Friday that Venezuela had submitted new documents to the International Criminal Court (ICC) in The Hague to substantiate its denunciation against the United States for crimes against humanity.

During a press conference in Moscow, Russia, where he traveled to attend the commemorations on 75th anniversary of the Soviet victory over Nazi Germany, the head of Venezuelan diplomacy informed about the presentation of additional evidence on the case.

He pointed out that in the framework of the denunciation, a letter was sent to ICC Prosecutor Fatou Bensouda on June 23, in which the scope of the coercive and unilateral measures taken by Washington against this South American nation amid the Covid-19 pandemic are explained.

The letter contains the calls made by United Nations Secretary General Antonio Guterres, UN High Commissioner for Human Rights Michelle Bachelet, and the rapporteurs on food, foreign debt, equitable and democratic order, on the illegality of those measures, as well as the requests from the International Red Cross and several governments and regional organizations that condemn the blockade against Venezuela, Iran and Cuba.

The new evidence includes statements, communiques and speeches by the Donald Trump administration that explain the guidelines against Venezuela in order to cause a regime change without considering the consequences, Arreaza explained.

He added that this important documentation contains a letter from 11 US Senators to Secretary of State Mike Pompeo, in which they demand the lifting of the illegal sanctions during the Covid-19 pandemic on the countries that are victims of those crimes against humanity.

Arreaza noted that the report also contains the latest attacks against the captains of five Iranian ships that brought fuel to Venezuela.

He explained that in March 2020, Venezuela sent the full file on the so-called sanctions, executive orders and laws by the US Congress, signed by President Donald Trump and his predecessor, Barack Obama.