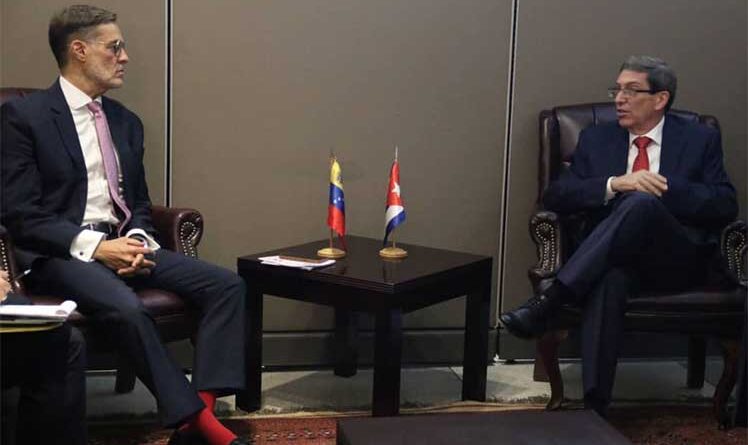 This Wednesday, October 20, Venezuelan Minister of Foreign Affairs, Felix Plasencia, expressed his gratitude to his Cuban counterpart Bruno Rodríguez for Cuba’s solidarity and for raising its voice against imperialist injustices.

Through his Twitter account, Venezuela’s foreign affairs minister stated: “We appreciate the overwhelming support and the consistent solidarity of our friend and brother Foreign Minister of Cuba @BrunoRguezP, whose government and people always raise their voices against injustices and imperial abuses.”

On Tuesday, the Foreign Minister of Cuba, Bruno Rodríguez, spoke about the arbitrary abduction and transfer of the Venezuelan diplomat Alex Saab by the US administration, to US soil, where it has now initiated a controversial political and judicial process.

“We denounce the arbitrary detention and the politically motivated judicial process of the United States against Alex Saab,” stated the top Cuban diplomat, “which constitutes a manipulation of justice and international law by a government that protects terrorists, assaults and steals funds from the Venezuelan people.”