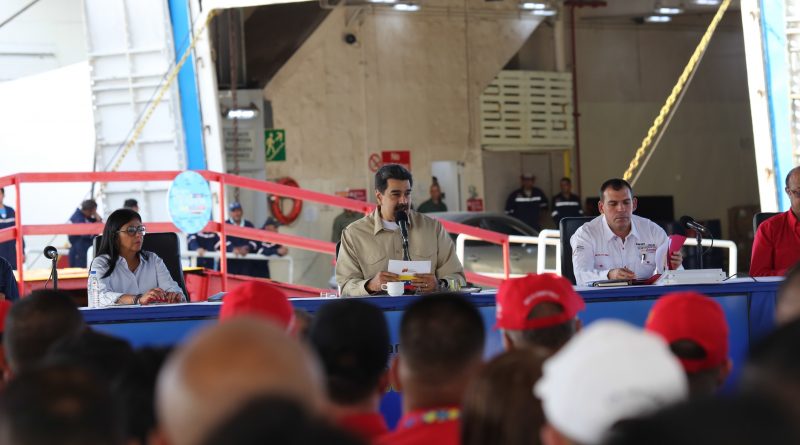 Venezuelan Government will denounce before the Security Council of the Organization of the United Nations (UN) the threat of the US administration to impose a naval blockade or “quarantine” against Venezuela.

“Venezuela as a whole, in civic-military union, repudiates and rejects the declarations of Donald Trump of an alleged quarantine, of an alleged blockade. To the imperial imperialism I say that: they will not be able to with Venezuela!” he said from the Port of La Guaira, in the state of La Guaira.

In statements given to the media on Thursday, the president of the United States, Donald Trump, said he considers applying new unilateral coercive measures, translated into a “blockade or quarantine” against the Venezuelan people.

RELATED CONTENT: A Blockade of Venezuela Must Be Opposed

In this regard, the Head of State pointed out that the illegal maneuver denotes “despair” and “irritation” in the face of the failure of the coup and interventionist actions in Venezuela.

“This says a lot about the desperation with which the imperialist government of the United States acts facing the dignity of the people of Venezuela, which is standing and victorious,” he said.

He urged Venezuelan military forces to remain alert to strategies that seek to violate the sovereignty of the seas.

“The seas of Venezuela will be free, sovereign and independent and we will navigate them as we decide,” he emphasized.