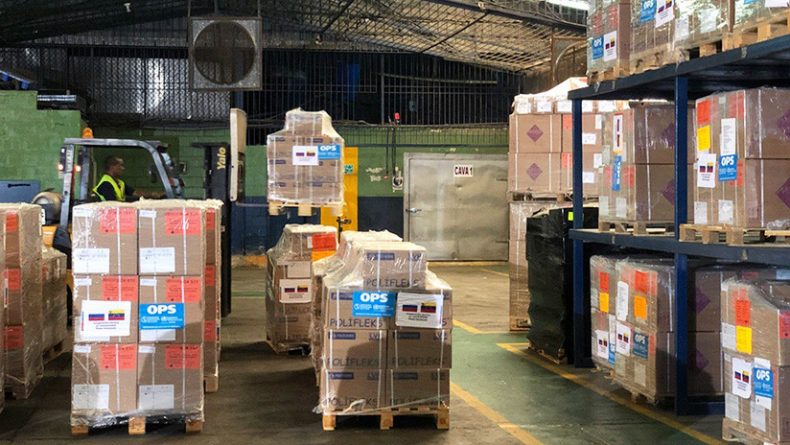 The president of Venezuela, Nicolás Maduro, announced on Wednesday that a shipment of medicines and active ingredients for the manufacture of medicines from Russia will arrive in his country .

“Next week, the Government of Russia announces the delivery of several tons of medicines and assets to Venezuela, and this is going to happen for several weeks, ” the president said on national television.

RELATED CONTENT: Russia will Continue to Cooperate with Venezuela in Energy and Defense Despite US Pressure

Earlier this month, Venezuelan Vice President Delcy Rodriguez told a press conference with Russian Foreign Minister Sergey Lavrov that the medicines and food needed by Caracas will be purchased from Moscow. “President Nicolás Maduro has also given very clear instructions in this regard that the food the people of Venezuela need, medicines needed by the people of Venezuela to be acquired in Russia and that we’ll also establish industrial investment for the production of these in our country. jointly”, said the vice president.

President Maduro announced last February the arrival of  7.5 tons of medicines sent by Moscow to meet the needs of the Venezuelan population.

On that occasion, the arrival of medical supplies and drugs was carried out by air, in coordination with the Russian government and the Pan American Health Organization (PAHO). The material consists of a total of 108,428 units of medicines and surgical material.