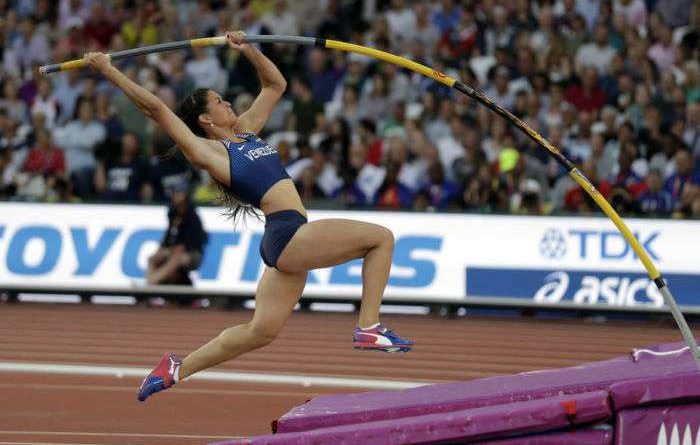 Venezuela has 3 golds, a silver medal and a bronze medal in the South American Athletics Games held in Peru. Peinado (pole vaulting) had already triumphed in the fair of 2015 on Peruvian soil with 4.35 m and in Paraguay 2017, with 4.50 m. For his part, Garrido has the possibility of taking another gold medal in the category of 800 meters. Georny Jaramillo and Gerson Izaguire keep good rhythm leading the decathlon competition.

Venezuelan athlete Robeilys Peinado was proclaimed this Saturday as the third consecutive South American pole vault champion, having achieved the same title in 2015 and 2017.

Peinado climbed the highest step of the podium with a jump of 4.56 meters, below his personal best, which is 4.65 meters.

The Venezuelan repeated her success on the refurbished athletics stadium of the Villa Deportiva Nacional (Videna), where she also won the South American four years ago when the track had not yet been improved.

At that time, Peinado took the gold medal with a jump of 4.35 meters, while two years ago in Asunción retained the title with a mark of 4.50 meters.

The silver medal went to the Colombian Stefanny Katherine Ibarbo-Castillo with a jump of 4.11 meters and the bronze went to the Brazilian Juliana de Menis, with 3.91 meters.

The women’s pole vault final was held on Saturday after being postponed on Friday due to adverse weather, as an unusual rain marred the opening day of the South American championship.

RELATED CONTENT: Venezuelan Karate Team Out of Pan-American – Panama did not Approve Visas

The participation of Peinado, who was a bronze medalist in the last World Athletics Championships in London 2017, was one of the most anticipated by the Peruvian public along with that of the Brazilian Thiago Braz, Olympic champion of pole vault, who could not obtain the continental title.

The South American Championship is celebrated this weekend in the Peruvian capital with the participation of almost 400 athletes from 13 countries and the champions of each race will be classified directly for the next World Cup, which will be held from September 28 to October 6 in Doha (Qatar).

The continental match is also the prelude to the 2019 Pan American Games in Lima, whose athletic events will be held on the same track in August.

The triumph obtained this Friday by Genesis Josiane Romero in the 100 meters with hurdles is the first achieved by a Venezuelan athlete in this specialty in the history of the South American Championships. Genesis – daughter of a director and statistician of the Federation of her country – marked 13s.29 to confirm her as favorite, followed by the Colombian Elecit Palacios with 13s49 and the Brazilian Adelly Oliveira Santos. The other Venezuelan representative was Yoveiny Mota, who is currently studying and training in the US. (She came to establish the junior mark of her country with 13s25).

Genesis has the Venezuelan record with 13s03 since last year in Guadalajara, Spain. And now, shortly before the South American, she had also set the best South American record of the season in Lima with 13s18.

Andrea Purica made her personal best of the year (11.32), to keep the silver medal of the South American Athletics of Lima in the 100 meters.

Lucirio Antonio Garrido won gold in the 1500 meters of the South American Athletics in Lima, with 3: 55.04.

In high jump, Eure Yañez achieved the bronze metal with a 2.18 mark.