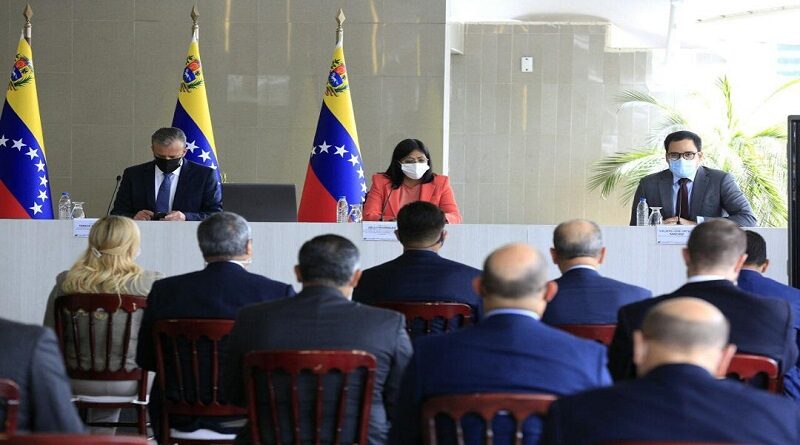 The Executive Vice President of Venezuela, Delcy Rodríguez, held a meeting with the representatives of the public and private banking sector of the country to evaluate the mechanisms that will allow the strengthening of the Bolívar in the digital economy.

Present at the meeting in Caracas were the Vice President for the Economic Area, Tareck El Aissami, and the president of the Central Bank of Venezuela, Calixto Ortega.

Likewise, the Minister for National Commerce, Eneida Laya, and the president of the Superintendency of the Institutions of the Banking Sector (SUDEBAN), Antonio Morales, were also in attendence.

The Executive Vice President Rodríguez assured that the Venezuelan Government will continue to defend the national currency, Bolívar. She also detailed the benefits of the Anti-Blockade Law, an initiative of the President of the Bolivarian Republic of Venezuela, Nicolás Maduro, which aims to reactivate the economy of the nation against the unilateral US economic blockade.

For his part, Calixto Ortega pointed out that in 2020 there was a significant increase in the use of electronic transactions, highlighting that it exceeded 70 percent of all transactions, and expressed that in 2021 the digital economy will continue to grow in the same way.