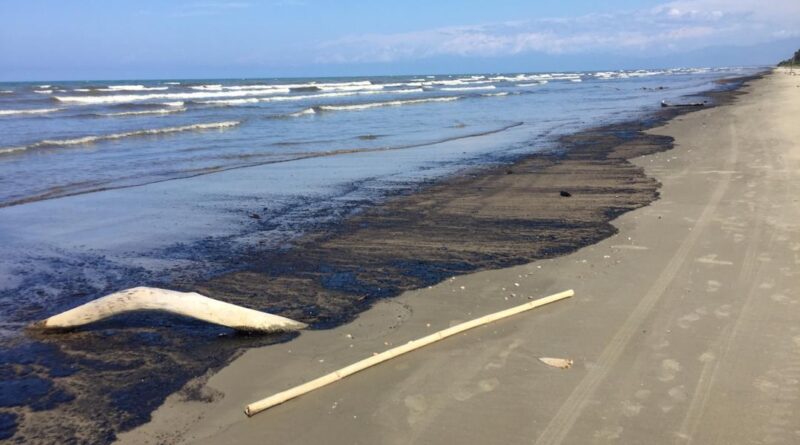 National and regional authorities of the Falcón state did their environmental clean-up work, following the instructions issued by the Ministry of Ecosocialism, and the governor of Falcon, Víctor Clark, after the oil spill that occurred in Boca de Aroa on August 1, which affected a 1% of the Morrocoy National Park.

The Ministry of Ecosocialism indicated that in coordination with PDVSA, blankets and oleophilic barriers were placed to stop the displacement of the oil spill, which moved from the Golfo Triste to the Morrocoy National Park, and did not record mayor effects on the marine flora and fauna of this ecosystem.

Oswaldo Barbera, head of the Ministry, has supervised together with the governor of the locality, by air, sea and land, the sanitation work that is currently being carried out in the keys and the eastern coastal strip.

The Deputy Minister of Ecosocialism, Josué Lorca, reported that sanitation work is being carried out on 15.2 kilometers of coastline, which include seven keys and islets of the Morrocoy National Park. Lorca stressed that the most affected key was Punta Brava where the spill impacted 2.7 kilometers of coastline, followed by Cayo Sombrero, with 1.5 kilometers and Playa Mero, with 943 meters. Likewise, Playuela and Playuelita, together added 573 meters of affected area; to which is added 488 meters of Cayo Borracho, 195 meters in Boca Seca and 5 meters in Paiclás.

Featured image: Photo showing the impact of the spill in a Falcon state beach.