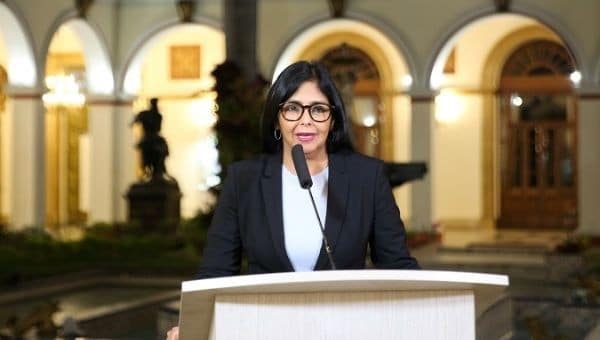 Venezuela’s Vice President Delcy Rodriguez announced late Thursday that President Nicolas Maduro ordered schools and offices be shut on Friday in order to speed up the repairs of the Venezuelan electric system, which was attacked by far-right groups Thursday afternoon.

“President Nicolas Maduro has suspended work and school activities on Friday so as to facilitate the necessary repair works on the country’s electrical service, which was victim of an imperial war. United Venezuelans will win! The coup plotters will not pass,” Rodriguez wrote on her Twitter account.

In a press conference, the Vice President denounced that Venezuela’s blackout was caused by far-right groups encouraged by U.S. politicians. Among these, she referred to Marco Rubio, a Republican Senator from Florida hostile to the Venezuelan government, who posted a tweet just 3 minutes after the blackout began.

“We want to send a message to the international community: just three minutes after the attack, Marco Rubio, once again, as a crime reporter, reported on the event that was happening in our country,” Rodriguez said and added “Mr. Rubio, I want to inform you that, in a few hours, the Venezuelan people and the international community will know the truth. We’ll know that your rotten hands – supported by your lackeys who permanently attack the Venezuelan people – are involved in this event.”

Despite the sudden nation-wide blackout, the Venezuelan Vice President indicated that the electric power is gradually returning in some sectors of Caracas.

She also affirmed that the intention of the sabotage was to attack the Venezuelan people and alter vital economic and social activities.

“The electric war announced and directed by U.S. imperialism against our people will be defeated,” President Maduro posted on his Twitter account and added “nothing and no one will be able to defeat the people of Bolivar and Chavez. Maximum unity of the patriots!”.

During her press conference, the vice president thanked the electric sector workers and the Venezuelan population for their willingness to quickly solve the attack-related problems.

“We want to recognize and appreciate the high civic awareness of the Venezuelan population… No one will divert us from the development path to consolidate Venezuela as a power,” she said and commented that “the coup failed, the interventionist plan failed, the destabilization plans failed, and attacks on our public services will also fail because Venezuela definitively rejects those terrorist groups that threaten its dignity and integrity.”