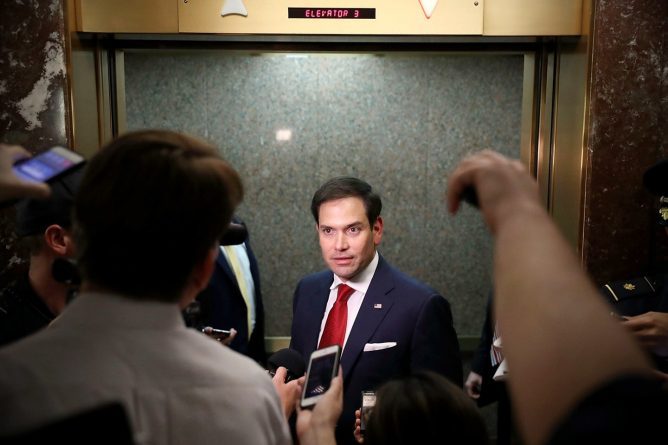 In a fashion very similar to Nostradamus’s prophecies, US senator for the state of Florida, Marco Rubio, affirmed on Wednesday that Venezuela is “a few days away from the most serious shortage of food and fuel” that the country has faced.

Rubio’s “prediction” was made through his Twitter account, a platform from which every day he refers to the internal affairs of Venezuela.

The US politician did not detail the cause of this supposed “catastrophe” that will hit the nation, but he assured (readers) that President Nicolás Maduro is to blame.

The Venezuelan Administration has denounced the financial blockade executed by the United States as part of its plan to overthrow the Bolivarian Government.

The Venezuelan authorities point out that if the North American nation were interested in the welfare of the Venezuelans, it would lift the coercive measures that prevent the purchase of food and medicines.

The suffering people of #Venezuela are now just a few days away from the most severe food & fuel shortages the nation has ever faced.

Meanwhile the #MaduroRegime insiders responsible for this catastrophe have sent their families to live and/or travel abroad in luxury. https://t.co/WAQJFlwX5F