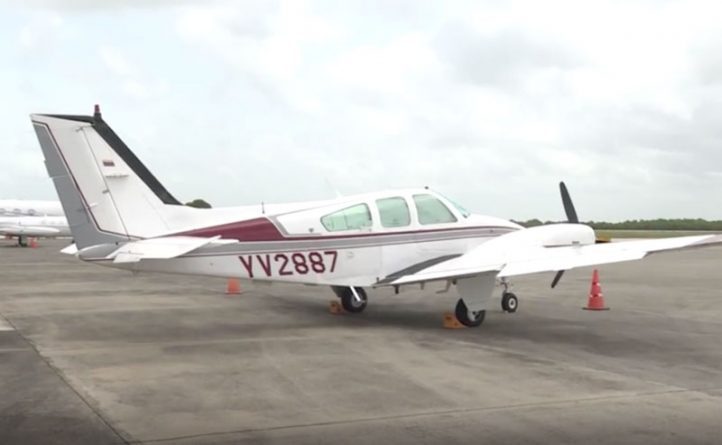 After being captured in the Dominican Republic with 1.3 million dollars , three Venezuelans argue that it was “humanitarian aid” for the country, reports the US network CNN.

The website “La Tabla” found out that this campaign was a plot to cover the real origin of the money and in doing so, affect the reputation of Chavista officials. They even dared to suggest that Estela Gomez de Rodriguez was the mother of Minister Jorge Rodriguez and Vice-president Delcy Rodriguez. This is an anti-chavista operation with money belonging to a Dominican gold trafficker operating in the south of Venezuela, his name is Roberto Antonio Espejo Camacho and he has been wanted by the Venezuelan justice system since June 2018. The pilot Mata Figueroa could be seen with “Nacho”, a Venezuelan anti-Chavista singer, who resides in Florida.

According to the defense counsel of the three subjects, Juan Carlos Mora, his clients declared themselves innocent and assure that in the aircraft where they were captured, they also carried other elements such as medical supplies, destined to “help people in the country”.

Quoted by CNN, the lawyer explained that the money was received by Gómez de Rodríguez from “an entrepreneur”, whom he did not want to identify and which had to be delivered in Venezuela for “humanitarian aid.”

“In the aircraft they could verify there were clothes, medicine, a number of things that the lady was taking with her to help some people there, that is what she is dedicated to,” Mora said.

The other two detainees are “duly legal” commercial pilots who agreed to make the flight without knowing the contents of the packages.

The arrest took place a few days ago at the La Romana International Airport in the Dominican Republic.