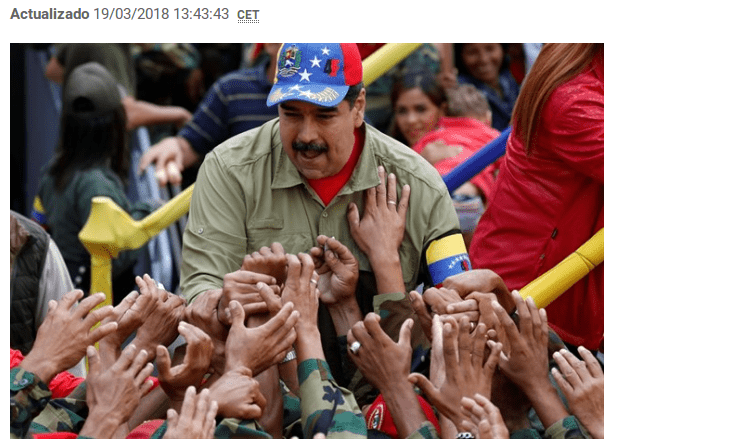 Supuesto Negado’s Maya Monasterios takes a look at some of the more absurd fake stories spread by Venezuela’s right-wing opposition.

Fake news stories are the order of the day, with social media and instant messaging apps making it even easier to spread such messages.

In Venezuela, the political struggle between the government and the opposition has led to rumors and false information being quickly multiplied, especially when there are events on a national scale.

Satanic pacts, cult rituals with the bones of [Venezuelan Liberator] Simon Bolívar and child abductions by the police special forces are some of the most viral “fakes” in Venezuela.

In July 2010, an inter-institutional commission exhumed the remains of the Liberator, Simon Bolívar, to determine the true causes of his death through advanced forensic studies. The opportunity was seized by national and international experts to [digitally] reconstruct the face of the national hero based on the shape of his bones.

This gave rise to a series of rumours and information that spoke of the use of the remains of the “Father of the Nation” for satanic and cult rituals, supposedly [for the government] to keep itself in power. There were also rumours about “the curse of Bolivar,” and the deaths of several people who participated in the proceedings were connected to the exhumation.

6) Money with satanic symbols on it

Since the reconversion of Venezuela’s bolivar currency in 2007, rumours of supposed satanic symbols hidden in the new banknotes, such as pentagrams or elements used in cult rituals, spread like wildfire. Thus, many believed that by holding these banknotes they were infected with a kind of spell.

5) The Petro cryptocurrency is Haitian voodoo

To continue the wave of occult rumours, the fake news was updated in 2018 when the Petro cryptocurency was released. Whatsapp chains began to emerge and some Twitter users like Ibéyise Pacheco swore that the cryptocurrency was directly related to Haitian religious voodoo chiefs. 4) The kidnapping of Juan Guaido 3) Russian military leaves Venezuela

In June, US President Donald Trump assured that Russia had confirmed the withdrawal of its military personnel from Venezuela. Moscow denied this fake story.

“There was no official message from Russia about it, nor could there have been,” said Dmitry Peskov, spokesman for the Russian presidency, at the time.

On this subject, the false narrative concerning the functions of these Russian military personnel was also woven. The Kremlin responded that its personnel did not come to Venezuela with guerrilla-style plans, but were rather experts in aircraft maintenance and military equipment sold to the country.

According to the [opposition] Deputy Américo de Grazia (currently holed up in the Italian embassy [fleeing charges of treason]), and journalist Luz Mely Reyes, [President Nicolas] Maduro recruited children through the Special Operations Forces of the Bolivarian National Police (FAES) and the Bolivarian Intelligence Service to use as “human shields.”

“Given these serious denunciations of alleged arrests, recruitment or mass abduction of children and adolescents by the dictatorship, our team, together with various NGOs, is currently in the process of verifying them,” writes opposition Deputy Delsa Solorzano.

From Miami, [Venezuelan journalist] Patricia Poleo stated that this was a false news story, as there was no report of child abduction by any parent or guardian.

This is, perhaps, one of the most famous fake news stories. The denouncement of the alleged Colombian nationality of the leader was first made in 2013 by the former ambassador of Panama to the Organization of American States (OAS), Guillermo Cochez, who even went on to unveil the alleged birth certificate.

The intention here was to disqualify Maduro from becoming president because he was allegedly foreign, something Venezuelan law expressly prohibits.

In the face of the international controversy which was unleashed, the National Registry of Colombia investigated the document and concluded that it was a fake. At the time, the body’s national director of identification, Carlos Alberto Arias, stated in reference to the alleged birth certificate: “It’s a document that doesn’t contain the special features of our records, like having a serial number.”

However, other opposition spokespeople, such as [opposition ex-Ambassador and ex-Deputy] Walter Marquez and [right-wing politician] Pablo Medina, continued to swear that Nicolas Maduro is not Venezuelan. 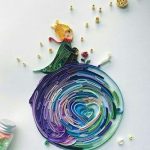 Maya Monasterio is a Venezuelan Journalist part of the "Supuesto Negado" team.

Maya Monasterio is a Venezuelan Journalist part of the "Supuesto Negado" team.