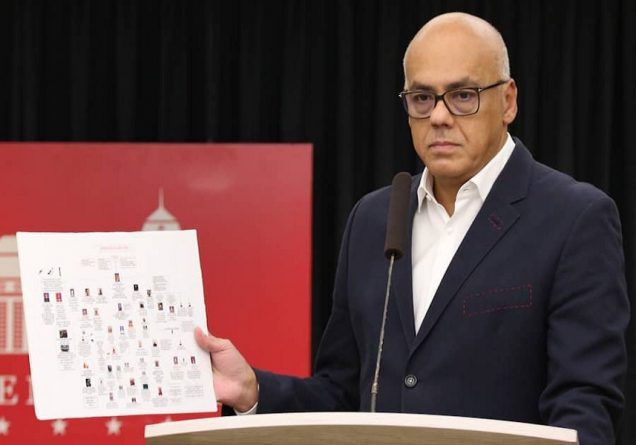 On Thursday , the Vice president for Communication, Culture and Tourism, Jorge Rodríguez , shows new evidence of the coup plans that linked the Venezuelan opposition on June 23 and 24 .

Through a press conference from the Miraflores Palace, Rodríguez said that the new evidence represents that ” Juan Guaidó and Colombian President Iván Duque are the ones involved in the frustrated attacks against President Nicolás Maduro .”

“We do not show hypothesis, we do not show tendencies, we show the testimonies that involve Juan Guaidó, the government of Iván Duque and they point out the murderous anxieties of the right, ” he said.

“Juan Guaidó tried to mount a fake incident trying to portray that his car had a flat tire in a highway and he himself got off the car to fix it, ” said the minister of communication and information.

Rodriguez stressed that “If something characterizes the Bolivarian Revolution is the profound humanism , we were all victims of torture, persecution of the Fourth Republic.”

He also denounced in his statements, that this Wednesday a branch of the coup that had been recruited by a group of policemen who had a nexus with the Colombian drug trafficker was established. ” There are testimonies of Venezuelans who were tortured by José Gregorio Valladares ,” said the sector vice president.

Through the press conference the Vice President of Communications made clear that: “We are not only in the presence of two coups, but a coup to free the corrupt Baduel, when he stole money while being Minister of Defense, we have more than 59 hours of videos of more than the 7 meetings with the terrorists, parts of the evidence presented by the Military Prosecutor’s Office of the Republic “.

Among the investigations conducted Rodriguez said that “the murder plan was to steal some tanks from the La Carlota base and bring them along with snipers to kill any of the people who descended from the working class barrio of Catia, in particular the Av. Sucre im Caracas.”