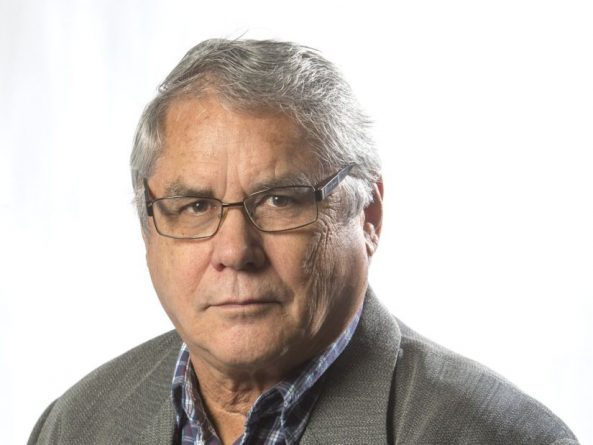 The recent terrorist attack in New Zealand is another example of the growing terrorism movement based on white supremacy.

The recent terrorist attack in New Zealand is another example of the growing terrorism movement based on white supremacy. It’s getting worse and steps must be taken to confront it.

The fact that U.S. President Donald Trump refuses to call it out and even mention it speaks volumes for the movement’s growth and acceptance worldwide. The U.S. has ceased to be a moral global leader, if in fact it ever was one.

So how does one define white supremacy?

White supremacy is the belief that white people are superior to all other races of people and should be dominant over them. It’s difficult to speculate when it began. The medieval crusades were the Europeans’ attempt to conquer the Holy Land in the name of White Christendom. When Columbus washed up on the shores of a Caribbean Island, he took several of the local inhabitants back to Spain to have them examined to see if they were human. The church declared them human but inferior.

White supremacy is a part of our history, our government institutions, our school curriculum and even the Christian religion. If you look up on the ceiling of the Sistine Chapel, you will see God depicted as an old white man. Over the years, pictures of Jesus Christ have been that of a blue-eyed white man instead of the dark-skinned reality of people living in the Middle East.

The Bible states that man shall have dominion over nature. To the medieval Church, that meant white people, and it stuck.

RELATED CONTENT: The Ghost of Fascism in the Post-Truth Era

Canada’s Department of Indigenous Affairs and the Indian Act are examples of white supremacy. White supremacy built this country and it is deeply embedded in the nation’s DNA.

When leaders like Trump refer to white supremacists as a small group of individuals with serious problems or lone wolves, they are ignoring the growth of white supremacy not only in America but worldwide. Trump also failed to show any empathy to the Muslim people considering the racist attack.

We must realize that white supremacy is a disease that is both worldwide and highly destructive. According to the Southern Poverty Law Centre, every single act of act of terror in the U.S. in the past year came from white supremacists.

When leaders, news networks and opinion makers define white supremacy as an individual pathology they are giving the movement a pass.

In fact, these white supremacists consider themselves a part of a worldwide movement tied together by social media. The problem is that they inflate their importance inside a bubble of like-minded individuals.

The growing menace of white supremacy comes from the fear that white supremacy is under attack. It doesn’t help that the president of the U.S. stokes these fears by attempting to ban Muslim immigration and building a wall on the southern border to keep away the rapists, drug dealers and terrorist that are coming for Americans (read that as white Americans).

White supremacy has always been with us and change is slow to come. It’s based on fear and ignorance with right-wing politicians all too happy to throw more fuel on the fire.

We have already felt the sting of white supremacy in Canada with the mosque killing in Quebec and the fallout over the acquittal of Gerald Stanley in the killing of Colten Boushie. We must be vigilant against hatred and racism that lead to genocidal acts of violence.

To do anything less is not fair to our Muslim brothers and sisters. We must support them because they have come to our country in search of peace. We can’t forget that when it comes to the scourge of white supremacy, what happens to one applies to us all.

German pastor Martin Niemöller wrote of Hitler’s Germany listing the various political groups and ethnicities that were targeted by the Nazis. The last two lines of his poem were:

“Then they came for the Jews, and I did not speak out — because I was not a Jew.

Then they came for me — and there was no one left to speak for me.”

We must stick together to reform society and make white supremacy a thing of the past.