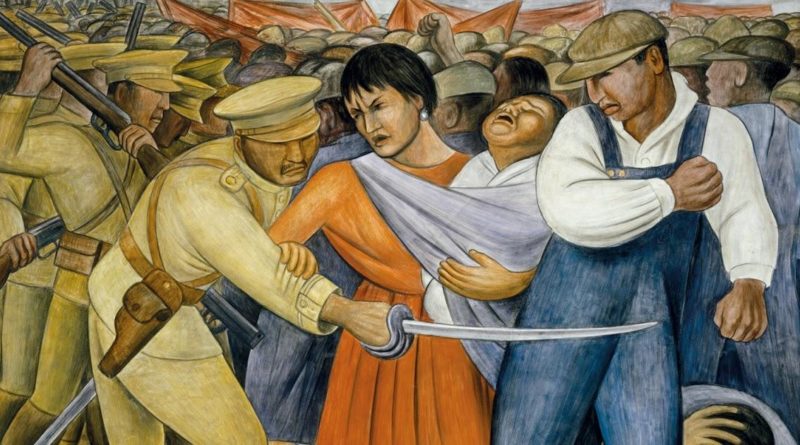 Transforming the world is a slogan of the people. The semantic hegemony over the idea of “New Order” is in a renewed dispute. It is not the first time that an international “crisis” produces the desire to hide the garbage, generated by oppression, under the carpet of the “New”. As if it was a spell to jump, without solution of continuity, from an economic-political-social stage to “another” identical one but with no memory. Even if life does not behave this way. A character in a TV series said: “the past never stays where you leave it”.

For example, the old reformist manias, stubborn and irritating, seek to anesthetize us with an invocation “reloaded” towards a “New Order”. An old trick that only has paid followers. If the powers that be speak of another “New Order”, they must be given a minimum and maximum agenda, with their feet firmly on the ground, both objective and subjective, in force. Enough of ephemeral “good intentions”. The only new thing is socialism; the community organized by itself to put as its supreme social interest the good life, the good living, inclusive and diverse, in egalitarian societies. The only new thing is the emancipation of the oppressed, assuming its role as a transformative leadership. There is nothing new in capitalism, it is a repetitive incubator of disorder and anarchy.

RELATED CONTENT: With Millions Unable to Pay for Housing Next Month, Organizers Plan the Largest Rent Strike in Nearly a Century

With the economic model that has 1% of the population holding 99% of the world’s riches being outmoded, the “new” thing will be to create a rigorous system of equitable distribution, for example. New distribution: to each according to his or her needs, from each according to his/her capacities. The new would demand a model of social justice capable of preventing the appropriation of wealth in a few hands, and that implies natural, communicational, artistic, scientific, and ethical wealth. And so with education, health, science… It is not the pandemic that accelerates in “New Order”, nor is it a liturgy.

To say “aged” here, does not imply love of Novelism. Nor does it mean that the experience is being ambushed, much less the story that must always be critically analyzed. It implies emphasizing the weight of an injustice committed against humanity, within a specific time frame, and which today only tends to worsen the damage to the planet and to the human species. An economic and ideological model that only makes a privileged few and some brainwashed subordinates happy. Capitalism has aged and today is a macabre catalog of immoralities and dangers from which it is urgent to emerge in consensus, with a plan to overcome. Without masters, without bosses, without social classes, without humiliation or contempt. New, radical, and from the roots.

Invoking a “New Order”, just like that with “goodwill”, besides being illusionary, is suspicious. A dialectical definition of the “New Order” is necessary, based on careful work on the very core of the contradictions that made capitalism possible. The “new” is nested in the emancipatory struggles of the peoples, it is in each of the contests that dispute their emancipation – in asymmetrical conditions – but which grow dynamically from within the very heart of the apparatus of domination. In that field of struggle is the capital-labor debate, and from there it is necessary to understand how to ascend towards the “new”. The “New Order”, which could not be anything else than the definitive annihilation of exploitation, demands the vindication of labor as the supreme source of wealth and the historical revaluation of the production of wealth, politicizing it even in the tasks of its democratic, just and unrestricted distribution.

That “New Order” cannot be a ringing of bells to return us to the “good way” of meekness. No matter how succulent the tables served with more of the same trifle. Let’s not play that game. Whatever name you have. The world situation is undeniably difficult and there is no room for more messianic antics or illusionists. We must discuss the “New Order” in the key of a profound transformation of the world and with the most determined spirit of defeating the old manias of deception and all the loopholes manufactured by reformism. This includes the creeps, the opportunists, and those who are always trying to wave other people’s flags. You can already hear the hype in the slums of bourgeois conjurers like Henry Kissinger.

It is useless to wait for the “New Order” as if it had fallen from the sky. And that doesn’t mean to despise the contributions born with the best goals. The “Order” that humanity demands will be imposed by the workers with the strength and time that they manage to win over the concrete conditions, but with their own agenda. Without mirages or rhetoric specialized in idealizing solutions or in manufacturing magic spells. Transforming the World is a proletarian flag that synthesizes, in its semantic richness, the strength of organization and class consciousness. It is not a “good purpose” for decorating speeches or a ploy to anesthetize the rage produced by slavery. Transforming the world must be a humanist, thorough, and inclusive program, based on the convergence of the sciences, ethics, and morality of the struggle of peoples throughout their history, or it will be nothing. We will not allow that now, the same old architects of the worst planetary misfortunes, turn out to be champions of the “New”, while they gain time to reorder the disaster produced by themselves and manage to make us pay, once again, for the broken plates of the bourgeoisie. They sniff out the boredom of the people and need time to rearrange themselves. Whatever it takes. They call their mirage “New Order”. There we have a crucial scenario for the Battle of Ideas, ascending to Praxis.