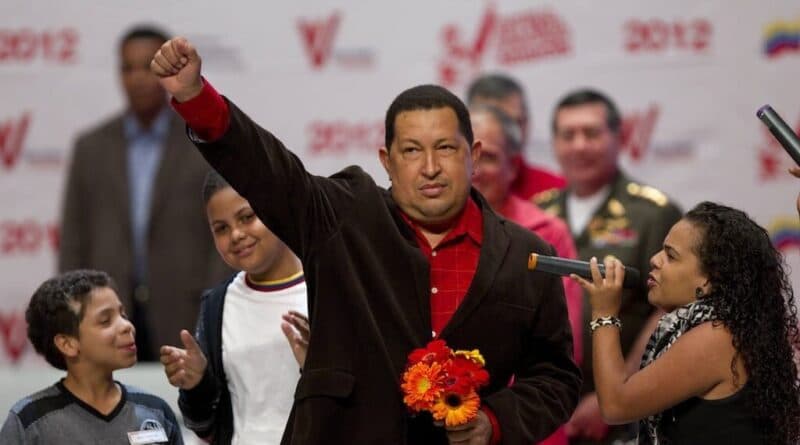 On August 14, Haiti was devastated by a magnitude 7.2 earthquake originating from the southern Tiburon Peninsula, 150 kilometres from the capital, Port-au-Prince. World leaders issued statements of solidarity, international charities began encouraging donations, and the United Nations started organizing emergency aid funds to assist the country. Articles on this ongoing tragedy often emphasis two prior catastrophes which have compounded the quake’s impact on the Haitian people: the COVID-19 pandemic and political instability following the assassination of President Jovenel Moïse.

In such analyses, it is taken for granted that Global North countries and the United Nations should lead the international response to the disaster. One Global News piece quotes numerous United Nations officials and US National Security Advisor Jake Sullivan as authorities on the situation, while an article from BBC quotes both UNICEF and USAID. What is not emphasized is the nefarious role that groups affiliated with the United Nations and the US have played in Haiti in the past, and the positive role that other countries in the Global South, particularly Venezuela, have had on Haiti’s development.

On March 12th, 2007, Venezuelan President Hugo Chávez arrived in Haiti. It was his last stop on a presidential trip to five Latin American and Caribbean countries that also included Argentina, Bolivia, Nicaragua, and Jamaica. In typically bold fashion, Chávez was shadowing President George W. Bush’s five-country trip to meet with the leaders of Brazil, Uruguay, Colombia, Guatemala, and Mexico, in the hopes that his trip would diminish the impact of his ideological rival’s visits.

The Haitian people poured into the streets to welcome him. The public jubilation over Chávez’s visit was unlike anything Bush had experienced during his Latin American tour. While his presidential motorcade drove through the extremely impoverished neighborhoods of Bel Air and Cite Soleil, a sea of supporters jogged after him and chanted “Long live Chávez, long live Aristide!” and “Down with Bush, down with MINUSTAH!” Chávez (to the likely chagrin of his security team) hopped out of his vehicle and ran down the streets of Port-au-Prince, slapping hands and bumping fists with the Haitian people – a people whose grim material conditions are so often discussed by Global North leaders, while these same leaders attack their government’s ability to relieve their suffering.

Chávez, unlike these leaders, had no interest in silencing the voice of the Haitian people. He was there to help. Through the Petrocaribe oil agreement, Venezuela required the Haitian government to pay only 60 percent for its oil purchases from the country, while the remaining sum could be repaid over a period of 25 years at 1 percent interest. According to the agreement, the Haitian government (as well as the sixteen other member states) was encouraged to invest these savings into domestic social development. As TeleSur notes, “Petrocaribe has been a beacon for Caribbean peoples to affirm their independence and economic autonomy, as well as develop a series of social programs.”

Petrocaribe was immensely popular among the Haitian people, who – like the Cubans who had struggled through the US-imposed Special Period – were grateful for Venezuela’s generous infrastructural support. Following the earthquake in 2010, Chávez cancelled all of Haiti’s oil debt, stating that “Haiti has no debt with Venezuela, just the opposite: Venezuela has a historical debt with that nation,” referring to Haiti’s support for the Pan-American, anti-colonial revolutions led by Simón Bolívar in the early nineteenth century. Kevin Edmonds, an expert on Caribbean political economy at the University of Toronto, summarized the relationship succinctly: “The Caribbean, which remains on the periphery of the global economy—abandoned by Europe and the United States when trade preferences and security priorities changed—found a friend in Venezuela and Hugo Chavez.”

Another world leader paid a visit to Haiti in 2007: Canadian Prime Minister Stephen Harper. He arrived in Port-au-Prince in mid-July. Harper, like Chávez, toured Cite Soleil, but the tone of their visits could not have been more different.

While Chávez was welcomed with effusive approval, Harper’s visit was “virtually a military operation.” Prior to his arrival, MINUSTAH soldiers arrested forty Haitians who were organizing a protest against Canada’s antidemocratic role in Haiti. “Our comrades went out into the streets with placards, banners, and megaphones,” said Lovinsky Pierre-Antoine, a Haitian human rights activist involved with the protest. “At that moment…MINUSTAH soldiers began to make arrests for no reason. Many of our friends were arrested that morning.”

When Harper arrived, his motorcade was preceded by an army jeep containing heavily armed MINUSTAH troops, who kept their machine guns trained on wary observers the entire time. Then, after rolling into Cite Soleil like a military conqueror, Harper took a moment to congratulate himself on his own magnanimity, asserting that “Canadians should be very proud that they are offering to help, that our help is making a difference in terms in safety of people’s lives, in terms of giving them some hope and some opportunity.”

Cite Soleil, and neighborhoods of a similarly downtrodden character, formed the base of support for former president Jean-Bertrand Aristide’s Lavalas movement. Aristide’s political philosophy was rooted in liberation theology, or the belief that capitalism would never free the people of Latin America and the Caribbean from neocolonial exploitation. He was voted into office in early 1991, but a military coup forced him to flee to the United States, where he began cultivating support for his return to power, particularly among the Congressional Black Caucus and the Haitian diaspora community.

President Clinton agreed to assist him, but only on the condition that he allow IMF and World Bank-style structural adjustment policies to neoliberalize his country’s economy. As Daniel Troup notes, “the United States facilitated Aristide’s return in September 1994 on the condition that he agree to amnesty for the coup perpetrators, the development of a US trained Haitian police force, and the establishment of a neoliberal structural adjustment program.” Aristide, faced with no alternative for rescuing Haiti from military dictatorship, assented. US troops (with Canadian and UN assistance) returned him to power in 1994, his more radical tendencies tempered by the conditions of his restoration.

Canada’s imperialistic role in Haiti would not reach truly cancerous levels of malignancy until 2004, when another coup – this one supported by the governments of North America and France – removed Aristide from power. At this time, Lavalas remained the only political instrument in Haiti which served the interests of the country’s poorest populations, and Aristide was beginning to intensify his rhetoric once again.

After his election in 2000 (which opposition parties labelled as fraudulent), Aristide called for France to send his country $21 billion in order to finally rectify an 1825 indemnity given to France by Haiti as “repayment” for properties lost during the Haitian Revolution – properties which included enslaved Haitians. The 1825 indemnity is often cited by scholars as a critical moment in post-revolutionary Haiti’s forcible impoverishment by the world’s imperialist powers. As Marlene Daut writes, “the tax on its freedom that France forced Haiti to pay – referred to as an “indemnity” at the time – severely damaged the newly independent country’s ability to prosper.”

France refused to compensate the Haitian people and began working with the US and Canada to undermine Aristide. On February 1, 2003, Canadian MP Denis Paradis hosted a number of French and American officials at Meech Lake to decide the future of Haiti. The event was titled “the Ottawa Initiative on Haiti.” No Haitian representatives were invited. Leaks published by journalist Michel Vastel claim that those present decided Aristide needed to be removed from office by January 1, 2004, before scheduled elections in 2005.

As anti-Aristide paramilitaries based in the Dominican Republic – alleged to have received training from the US – began to wreak havoc on numerous Haitian cities, Canada and Europe increased diplomatic pressure on the president. In early 2004, he was kidnapped by the military and forced to leave office. A US plane flew him out of the country and deposited him in the Central African Republic. Canadian troops had secured the airport for his departure.

Following the coup against Aristide, Canada played an important role in the United Nations Stabilization Mission in Haiti (MINUSTAH). Ostensibly a peacekeeping mission, MINUSTAH quickly gained a reputation for heavy-handed responses to pro-democracy protests and targeted raids against Aristide supporters. In the aftermath of the coup, some Haitians claimed that Canadian troops came to their homes and threatened family members if they refused to reveal the names of local Lavalas supporters. In 2007, a draft manual written by the Canadian Forces revealed that Canadian troops had been conducting counter-insurgency operations against “the criminally-based insurgency [i.e. pro-Aristide communities] in Haiti since early 2004.”

While Canada was helping prop up the post-coup government, Chávez announced, “We don’t recognize the new government of Haiti. The president of Haiti is called Jean-Bertrand Aristide.” His vocal support for Haitian democracy – virtually alone among powerful nations in the hemisphere – contributed to the goodwill he received upon his trip to Port-au-Prince in 2007.

Following the 2010 earthquake, militarized UN forces (of which a significant number were Canadian) tightened their hold over Haiti. Chávez publicly criticized the increased UN presence: “I read that 3,000 soldiers are arriving. Marines armed as if they were going to war. There is not a shortage of guns there, my God. Doctors, medicine, fuel, field hospitals, that’s what the United States should send…They are occupying Haiti undercover.”

Of the many human rights abuses committed by MINUASTAH against the Haitian people, some of the most atrocious include: a massacre of 25 civilians in Cite Soleil in July 2005; widespread sexual abuse of Haitian women for which UN troops almost always went unpunished; and causing a cholera outbreak by dumping raw sewage into Haiti’s waterways, killing over 10,000 people and infected around 800,000 others. It is no wonder that for many Haitians, MINUSTAH represented one more chapter in their long post-revolutionary history of exploitation by foreign powers. The atrocious history of MINUSTAH is why the UN’s assertion that it will take a leading role in alleviating the damage of the August 14 earthquake is a matter of great concern.

In the aftermath of this month’s quake, Venezuela immediately sent over 30 tonnes of humanitarian assistance to Haiti, and Cuba sent a medical brigade consisting of 250 doctors, no strings attached. Canada’s Minister of Foreign Affairs Marc Garneau tweeted that “Canada is standing ready to assist the Haitian people,” and numerous Canadian charities are collecting private donations, but a definite Canadian aid plan has yet to be announced. As Canada and the UN prepare for another period of post-crisis engagement with Haiti, it is worth recalling Chávez’s assertion that aid projects led by the Global North are often facades for a clandestine reinforcement of neocolonial domination.

Owen Schalk is a writer based in Winnipeg. His areas of interest include post-colonialism and the human impact of the global neoliberal economy. His political analyses have appeared in Canadian Dimension, Dissident Voice, and People’s Voice, and his short stories have been published by Fairlight Books, antilang., whimperbang, and more.