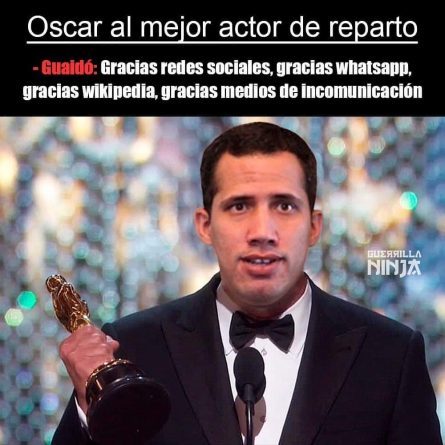 The president of the National Assembly (AN) in contempt, Juan Guaidó, paid the lawyers of the official of the Bolivarian National Intelligence Service (Sebin) who ordered his arbitrary detention, according to the highest representative of the National Constituent Assembly, Diosdado Cabello.

“Do you know who put lawyers to the officers of Sebin who arrested Guaidó?” Cabello asked during the broadcast of his program Con el Mazo Dando: “Guaidó. The lawyers are being paid by Guaidó. Isn’t it an auto goal? That’s hitting the ball and running for third (from baseball terminology), you can not be so cheeky,” he said.

It is important to recall that the Minister of Communication and Information, Jorge Rodríguez, explained that the officials, who acted unilaterally, were dismissed and are currently facing a criminal investigation.