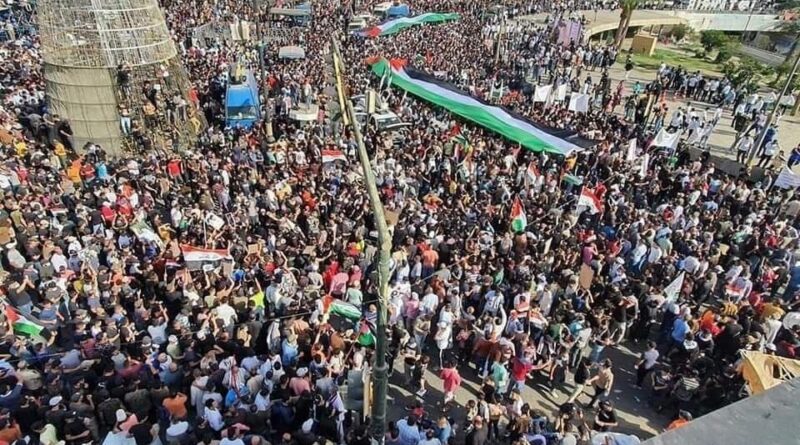 Today marks the 74th anniversary of the establishment of the United Nations Special Committee on Palestine (UNSCOP). This body was tasked with determining Palestine’s fate. Few are aware of the extent to which Canada shaped UNSCOP and its role in promoting the unjust Partition Plan. This, despite warnings that going down this path would lead to decades of conflict as we are seeing today.

Under growing Zionist military pressure after the Second World War, Britain prepared to hand its mandate over Palestine to the newly created UN. In response, the US-dominated international body formed the First Committee on Palestine, which was charged with developing the terms of reference for a committee that would find a solution for the British mandate.

Canada’s Undersecretary of External Affairs Lester Pearson, who had previously made his sympathy for Zionism clear, chaired the First Committee that established UNSCOP. At the First Committee, Pearson rejected Arab calls for an immediate end to the British mandate and the establishment of an independent democratic country. He also backed Washington’s push to admit a Jewish Agency representative to First Committee discussions (ultimately both a Jewish Agency and Palestinian representative were admitted).

Pearson tried to define UNSCOP largely to facilitate Zionist aspirations. The Arab Higher Committee wanted the issue of World War II European Jewish refugees excluded from UNSCOP but the Canadian diplomat worked to give the body a mandate “to investigate all questions and issues relevant to the problem of Palestine.”

A US State Department memo noted that Pearson “proved to be an outstanding chairman for [the First] Committee.” The Canadian Arab Friendship League, on the other hand, complained that the First Committee plan for UNSCOP was “practically irresponsible and an invitation to… acts of terror on the part of Zionism.” Arabs, the League continued, would “never refrain from demanding for… Palestine the same freedom presently enjoyed by other Arab states,” newly independent from colonial rule. Opposed to the idea that representatives from Canada, Guatemala, Yugoslavia and other countries should decide their future, Palestinians boycotted UNSCOP.

Canada’s delegate on the UNSCOP mission to Palestine pushed for the largest possible Zionist state and is considered the lead author of the majority report in support of partitioning Palestine into ethnically segregated states. Supreme Court justice Ivan C. Rand opposed proposals for a Jewish-Arab unitary state and made key interventions in the decision-making process in support of partition. “Rand worked hard,” notes his biographer, “to ensure the maximum geographical area possible for the new Jewish state.” At one point, Rand and another UNSCOP member, supported giving the Zionists a larger piece of land than they officially asked for.

The Ad Hoc Committee was split into two subcommittees with one focusing on the partition plan and the other on a bi-national state. At the Ad Hoc Committee’s Special Committee 1, Pearson worked feverishly to broker a partition agreement acceptable to Washington and Moscow. Preoccupied with the great powers, the indigenous inhabitants’ concerns did not trouble Pearson. He dismissed solutions that didn’t involve partition, which effectively meant supporting a Jewish state on Palestinian land.

Pearson played a central role in Special Committee 1’s partition plan. Both the New York Times and Manchester Guardian ran articles about his role in the final stage of negotiations. Dubbed the “Canadian plan” the final Special Committee 1 agreement between the US and the USSR on how to implement partition was “a result of the tireless efforts of Lester B. Pearson,” according to a front-page New York Times article. Some Zionist groups called him “Lord Balfour” of Canada and “Rabbi Pearson.”

By supporting partition Canada opposed the indigenous population’s moral and political claims to sovereignty over their territory. Down from 90% at the start of the British mandate, by the end of 1947 Arabs still made up two-thirds of Palestine’s population. Despite making up only a third of the population, under the UN partition plan Jews received most of the territory. Canada pushed a plan that gave the Zionist state 55% of Palestine despite the Jewish population owning less than seven per cent of the land.

Privately Canadian Justice Minister J.L. Isley said he was “gravely concerned” the push for partition did not meet the Arabs “very strong moral and political claims.” The only Middle East expert at External Affairs, Elizabeth MacCallum, claimed Ottawa supported partition “because we didn’t give two hoots for democracy.” At the time of the partition vote, notes The Rise and Fall of a Middle Power, “MacCallum scribbled a note and passed it to Mike (Pearson) saying the Middle East was now in for ’40 years’ of war, due to the lack of consultation with the Arab countries.” She was prescient, even if she underestimated the duration of the conflict.

A huge boost to the Zionist movements’ desire for an ethnically-based state, the UN partition of British Mandate Palestine contributed to the displacement of at least 700,000 Palestinians, which is also commemorated May 15 with Nakba (catastrophe) Day. Scholar Walid Khalidi complained that UN (partition) Resolution 181 was “a hasty act of granting half of Palestine to an ideological movement that declared openly already in the 1930s its wish to de-Arabize Palestine.” Most residents of Gaza are descendants of people driven from their homes in 1947/48.

The violence playing out today is rooted in the unjust Partition Plan and the people of Palestine deserve a formal apology from Canada for its role in helping lay the foundations of their dispossession.

On Friday, May 21 at 7pm ET, Yves Engler will be speaking at a Canadian Foreign Policy Institute event on “The Innumerable Ways Canada Supports Israeli Apartheid.”

Featured image: Remembering the Nakba—thousands congregated in Baghdad on May 15 to denounce the ongoing ethnic cleansing of Palestine by Israel