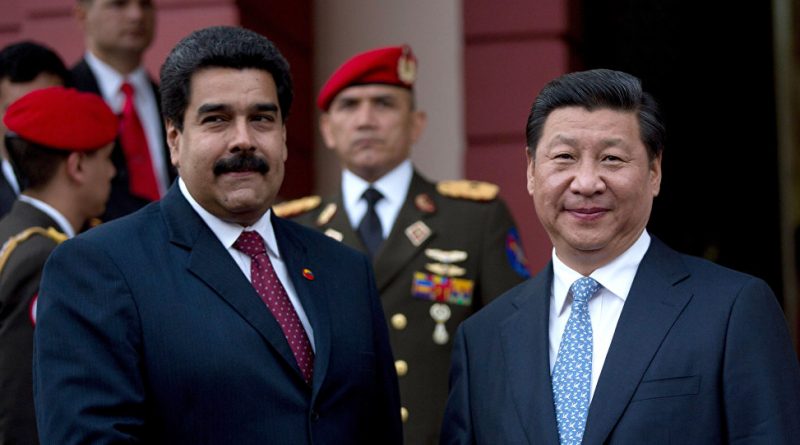 Chile, Brazil and Colombia are not interested in the Venezuelan crisis being resolved according to the scenario set by the US, said the expert of the Institute of Latin America of Russia, Vladimir Jarlámenko.

Colombian President Iván Duque Márquez arrived in China as part of an official visit on July 28. The Venezuelan crisis and the development of commercial cooperation are the main issues on its agenda that were prepared for negotiations at the highest level with Beijing.

For his part, the Chilean president, Sebastián Piñera , asked the Chinese Foreign Minister, Wang Yi, that Beijing cooperate with Santiago to solve the Venezuelan crisis. Before that, the Chinese diplomat addressed the situation in Venezuela during his meeting with Brazilian President Jair Bolsonaro.

Perhaps the most interesting thing is that Colombia, Brazil and Chile were among the first countries that followed the US to recognize the self-proclamation of Juan Guaidó as president in charge of Venezuela and to demand the resignation of the legitimate president, Nicolás Maduro.

Shanghai University expert Jiang Shixue recalled that before these three states requested help from China, Beijing stated that outside forces should not interfere in the internal affairs of other countries or go to military intervention or threaten to use military force.

According to the Sputnik interlocutor, there are at least four reasons why Latin American countries insist that their Asian ‘friend’ help them with the solution of the Venezuelan problem:

“Therefore, these countries believe that Beijing can play an important role in resolving the Venezuelan crisis,” he said.

RELATED CONTENT: US Hospital Ship Set to Approach Venezuela Amid Fears in Caracas of “Likely” Invasion

In turn, Russian expert Vladimir Jarlámenko of the Institute of Latin America of Russia believes that Colombia, Brazil and Chile are not interested in escalating the situation in Venezuela.

“None of these states want the Venezuelan problem to be solved in the way the US posed in early 2019. That is, through the attack and crushing of the legitimate authorities,” he said.

The US scenario envisioned restoring its unlimited dominance in Latin America and apparently that was not convenient for the countries of the region. Colombia, Brazil and Chile have long undertaken efforts to diversify their external ties so that they are not based solely on cooperation with their American neighbor.

After 20 years of negotiations, the Southern Common Market and the European Union reached an agreement on June 28 that covers a total market of almost 800 million inhabitants and constitutes the largest trade agreement reached by both blocks in its history. In addition, these three countries pay great attention to the development of relations with China and other Asian countries.