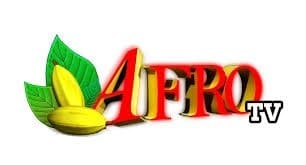 These days the governor of Miranda, born in Barlovento, Hector Rodríguez said that “communication is fundamental for articulation and efficiency in work.”

The governor is right and hi is not saying nothing new and more in these times that we are in disadvantaged with the media war started 16 years ago with the coup d’état against President Chávez on April 10, 2002.

Since then national and international media both printed and multimedia owned by private companies, began their violent attacks against the Bolivarian process and certainly often charged with racism, as we investigated by then had been issued more than two thousand racist messages against people of African descent.

For his moment President Hugo Chávez took the initiative before the media siege, to promote community radio stations, both radio and television, creating CONATEL for it. Today many broadcasters of both television and radio, are a difficult situation, almost chaotic by lack of support or because they were burned by criminal hands, such as Petare TV, Telecimarron and recently AFROTV Barlovento. Others became reproducers and imitators of commercial stations and even lent themselves to issue opinions that were not consonant with the reality of the country and did not give objective voices to the people that will express themselves in their diversity of positions before their most felt needs. Others hid the reality we are going through.

Given the situation that the country is living, it is necessary to give information truthfully, not to hide reality. The official media from VTV, Vive and the same Telesur, despite their efforts have not managed to break the media war with the emergence of social networks in its different forms: Facebook, Twitter, Imstagran and Youtube.

FOR THE GOVERNMENT OF MIRANDA AND CONATEL

More than a month ago, Afrotv Barlovento was set on fire and basic equipment was stolen for community communication work, education training, permanent voices to the people, complaints to speculators, among other aspects. Afrotv Barlovento was the only audiovisual space, with many limitations, where people expressed their needs and clamored for the solution of their problems. One month after that, an efficient response was not obtained. As we all know Barlovento is an Afro-descendant region with indigenous components, with a rich cultural diversity, the second cocoa-producing region of Venezuela, which by the way produces tons of cocoa for the outside world and we are not seeing a return of those profits for our own communities

The governor of Miranda must assume with full responsibility the reconstruction of the physical space of this station, which is part of the security of the State, as the Law of Conatel says. It is not much for its reconstruction, although we are not in the recently released program of CIUDADES BELLAS, we were excluded perhaps because of being afro, with thick lips and snub nose, or because Luis Perdomo is not Robert Redford … or Freddy Pollito is not the cacaotero, baseball player and rapper Potro Alvarez … but we are one of the most beautiful regions on the planet.

It is time that Governor Hector Rodriguez, together with CONATEL, will show support for this media outlet, and we are sure that they will do so in order to counteract the destabilizing media war that the country is experiencing, otherwise we would be witnessing an act of Racial Discrimination from the perspective of the communication contemplated in article four of the Convention against Racial Discrimination and article 23 of the Constitution of the Bolivarian Republic of Venezuela … attention with this.

— We thank the national and international solidarity for the damages and losses against Afrotv-Barlovento, however from the official authorities still no pronouncement, no message of solidarity.

… ..To Conatel … ..Afrotv received between December and the first days of January 135 thousand messages of solidarity … soon the proofs will be delivered to you… which shows that the effort of our team’s voluntary work has not been in vain … .. Let’s hope they help us recover the equipment.

— We regret the death of the Tacarigua poet from the Laguna, Felix Pedrique, defender of the Laguna together with Morichito Iriza and Alejandro Pedrique, the three human beings who defended that beautiful Lagoon that is not among the Beautiful Cities and is recognized as Natural heritage of Humanity