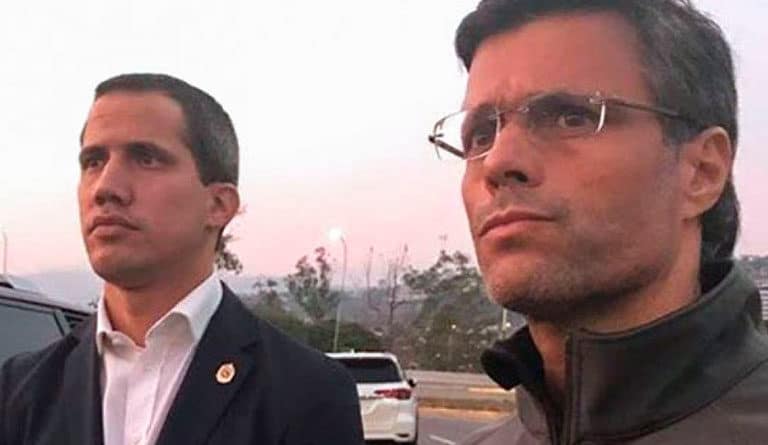 The Wall Street Journal revealed on Friday that the fugitive from Venezuelan justice, Leopoldo López, was in charge for months of hiring mercenaries in order to overthrow or kill the President of the Bolivarian Republic of Venezuela, Nicolás Maduro.

One thing the WSJ piece “forgot” to properly develop is the signing of Guaido’s closest advisers and Guaido itself to the mercenary contract with Silvercorp, the mercenary contractor that organized the failed May 3 operation against President Maduro. Both advisers had to resign and Guaido never explained how his signature ended up on the contract.

According to the newspaper, López – author of the coup plan La Salida, in 2014 – considered approximately six proposals by mercenaries and contractors, who would execute different military incursions and provoke a possible rebellion within the Bolivarian National Armed Forces (FANB) and succeed in overthrowing the head of the Venezuelan State.

Among the mercenaries is one of those involved in the frustrated paramilitary raid on May 3; among which are two US ex-green berets; who declared that they belonged to the security detail of the President of the United States (USA), Donald Trump.

In mid-May, the Venezuelan government denounced the links between López with the mercenaries and the deserters who participated in Operation Gideón, which aimed at the murder of the President of the Republic, Nicolás Maduro.

The links with Leopoldo López were evidenced in an audio presented by the Minister for Communication and Information, Jorge Rodríguez, where deserter Clíver Alcalá — currently protected by the US regime — asserted that “Leopoldo’s people” introduced him to Jordan Goudreau, owner of the Silvercorp company, involved in the coup attempt.

In this incursion — according to the WSJ –, eight mercenaries were killed. For his part President Maduro reported — in early June — that 57 of the 62 mercenaries involved in the coup attempt were arrested, which aimed to carry out a coup d’état and assassinate him.

RELATED CONTENT: Shameless Elliott Abrams: The US Would Like to See Russia and China “Contribute More to Venezuela on the Humanitarian Side”

After this failed mercenary raid, the Wall Street Journal stresses that many diplomats questioned their support for Guaidó and the sectors of the right, as well as asserting that this group should stick to the negotiations with the Venezuelan president.

It should be noted that several representatives of the opposition, including Humberto Calderón Berti — Guaidó’s envoy to Colombia, until last year — asserted that the biggest mistake the opposition has made “is to support Leopoldo López.”

“In the end, it has damaged Guaido’s image (assuming he ever had a good image). There has to be a rectification of the strategy of the leadership,” said Berti, after resigning his position as “envoy.”