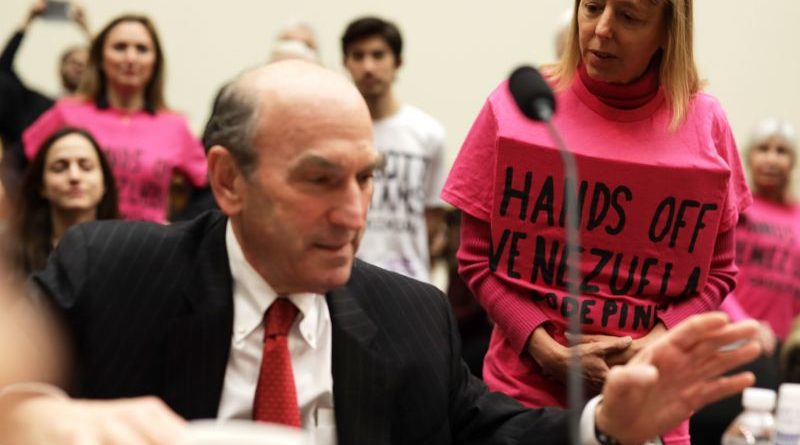 The special US representative for Venezuela, Elliott Abrams, seems to be somewhat uninformed regarding the aid delivered by the governments of Russia and China to Venezuela to fight Covid-19 and regarding the admirable fight that the Venezuelan people and President Maduro have done against the pandemic that — in contrast — has created a real catastrophe in the United States.

During a meeting of the United States delegation to the United Nations in Geneva, Abrams urged Russia and China to provide more humanitarian aid for Venezuela to face the Covid-19 pandemic.

However, the gringo representative — apparently — is not aware that both nations have sent tons of shipments with drugs, medical supplies, screening tests and other items that have allowed Venezuela to contain the transmission of the virus in the country to the lowest death rate per million inhabitants and to have one of the highest test rate per million inhabitants.

All this, despite the brutal economic sanctions imposed by the Donald Trump administration against the oil country, that just a few days ago sanctioned Mexicans companies selling food to the Venezuelan CLAP food program or that until a few weeks ago kept the whole South American country without gasoline because of their refusal to sell parts to fix Venezuelan refineries, to sell chemicals to refine oil and convert it into gasoline and ultimatly to get gasoline from abroad as they did with the 5 Iranian tankers that were threatened by the US Army.

The US “would like to see [Russia and China] contribute more on the humanitarian side. There has been, I believe, some contribution of goods with respect to COVID-19,” Elliott Abrams said. “But the scale…is really quite low in comparison to the needs” https://t.co/hVRNe5klZ7

“We would like to see them contribute more on the humanitarian side. I think there has been a contribution of goods with respect to Covid-19 by Russia and China (…) But the scale, the dollar amount of this aid, is really very low compared to the need,” Abrams said during the meeting while spreading new lies about the Covid-19 figures in Venezuela, figures that the US only dreams of having.

On the other hand, he said that the “government” of Guaido will deliver 20 million dollars to the Pan American Health Organization and other aid groups, whose origin is Venezuelan assets and funds looted by the United States.

This week, officials from the United Nations (UN) made a visit to the border between Brazil and Venezuela and highlighted the rigorous work carried out by the government of President Nicolás Maduro in applying sanitary protocols in the area to prevent the spread of the virus, and in containing with rigorous sanitary protocols the influx of migrants coming from Brazil and Colombia, US allies that are really facing a Covid-19 catastrophe.

The UN representative in Venezuela, Peter Grohmann, described as “serious” the work carried out on the border in response to the established protocols for the treatment of returning migrants.