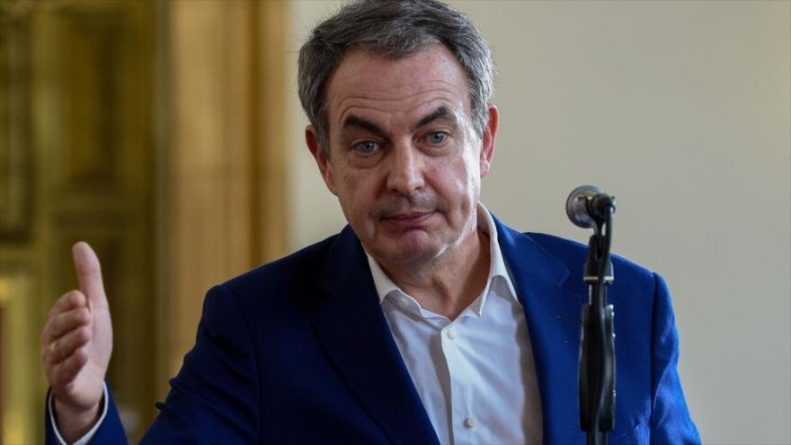 “Hopefully, the use of force will not be necessary, hopefully, because if you try a path by force, it will be dramatic,” Rodríguez-Zapatero said on Tuesday.

During his participation in the XXVI Edition of the World Law Congress of the World Jurist Associations, which was held at the Royal Theater of Madrid (capital of Spain), Zapatero charged harshly against the United States and its president, Donald Trump, for tightening the situation in Venezuela.

He also stressed that Venezuela has a capacity of “much higher resistance” than the international community imagines: “I know what I am talking about, and what they are willing to do,” he said, referring to the organization and the capacity to respond of chavismo before the incessant threat of Trump with the military option against Venezuela.

US President Donald Trump has repeatedly threatened his Venezuelan counterpart, Nicolás Maduro, with a military intervention in Venezuela.

On the other hand, the Spanish politician called again to dialogue to reach a “reasonable solution” to the conflict: “In that country there is only one way that is dialogue, negotiation and agreement,” he said, assuring that this method “will prevail “at some point.

Zapatero has been a mediator of many rounds of dialogues between the Venezuelan opposition and the government of President Nicolás Maduro, talks that have been stopped many times by the withdrawal of the right-wing leaders.

Since the escalation of tensions in Venezuela after the self-proclamation of the opposition Juan Guaidó as the interim president of the Bolivarian Republic, the US not only has supported the coup leaders by recognizing Guaidó and sending aid, but it has also put pressure on Caracas with sanctions and threats against Maduro or against his followers