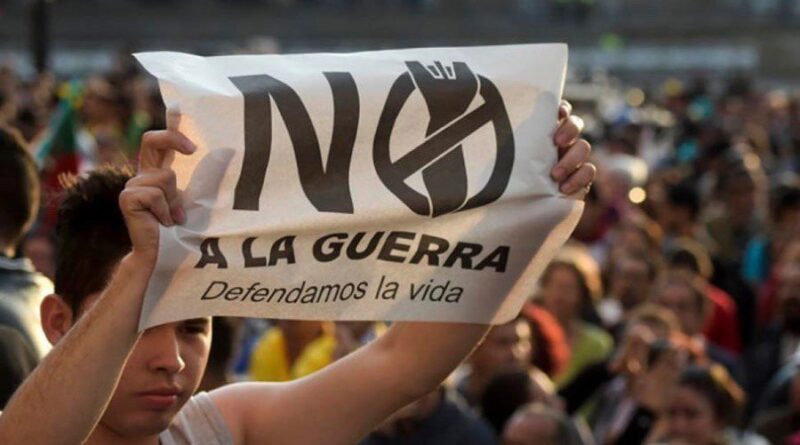 In the first four days of this year, two social leaders and two former combatants of the FARC have been assassinated in Colombia

January 5, 2021.-  The humanitarian tragedy in Colombia continues into 2021. In the first four days of this year, two social leaders, two former combatants of the Revolutionary Armed Forces of Colombia (FARC) and a family member of an ex-combatant have been assassinated in the country.

The Common Alternative Revolutionary Forces (FARC) political party denounced the murder of former guerrilla fighter Duván Arled Galíndez Nadia on January 3. The party was created as part of the peace agreements signed by the insurgent group and the national government in 2016.

Duván Galíndez was assassinated in the Cartagena del Chairá municipality in the Caquetá department on the night of January 2. He was shot at the exit of a restaurant by an unidentified person and died upon reaching the hospital. With Duván’s murder, the figure of demobilized FARC combatants killed since the signing of peace agreements reached 251.

Earlier, on January 1, the FARC party denounced the assassination of another peace signatory Yolanda Zabala and her sister Reina Zabala. Yolanda and her sister were murdered in the Briceño municipality in the Antioquia department in the early hours of January 1. At around 4 am, unknown armed men entered their home, took the sisters by force and later assassinated them.

Yolanda was participating in the reincorporation process in the Territorial Space for Training and Reincorporation (ETCR) at La Plancha zone in the Anorí municipality in the Antioquia department. In August 2019, Yolanda suffered an armed attack, in which two people died and Yolanda was gravely injured.

The FARC rejected these assassinations and condemned the far-right government of president Iván Duque for its “failures to comply” with the peace agreements as well as the silence and indifference of the government in response to their extermination.

Additionally, on January 1, social leader and human rights defender Gerardo León was brutally killed by armed men in the Puerto Gaitán municipality in the Meta department. He was stabbed to death with a knife. He was also a teacher and a member of the Colombian Federation of Education Workers (FECODE).

The same day, on January 1 again, another social leader, teacher and member of the FECODE, Diego Betancourt Higuera, was also killed in the Yopal municipality in the Casanare department. He was also stabbed with a knife and he died of stab wounds.

Gerardo León and Diego Betancourt are the first two social leaders and human rights defenders to be murdered in 2021.

The FECODE repudiated the murders of their members and denounced the national government for stigmatizing the organization and its members. It demanded justice for the victims and that the government provide guarantees to stop the recent wave of violence against teachers in the country.

According to the Institute of Development and Peace Studies (INDEPAZ), in 2020, 310 environmentalists, human rights defenders, indigenous, peasant and social leaders, and 64 ex-combatants of the FARC were killed. The organization also reported that around 375 people were killed in 90 massacres registered in the country last year. The institute also reported at least 78 people were killed by the national security forces. Additionally, over 500 femicides and more than 300 assassinations of transvestites and transgender were recorded in Colombia in 2020.