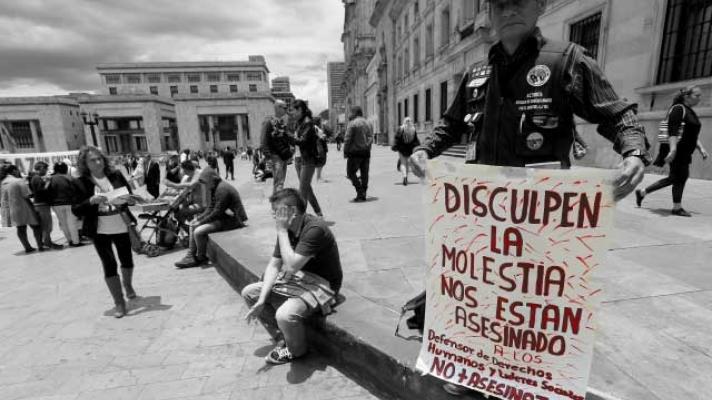 The Colombian Institute of Studies for Development and Peace (Indepaz) published a report that compiles a summary of violence in Colombia against human rights defenders and former combatants of the Revolutionary Armed Forces of Colombia-People’s Army (FARC-EP) since the signing of peace accords in 2016.

Titled “Traumatic Post-Agreement,” the document indicates that 1,090 social leaders were assassinated in the last four years. The deadliest year was that of the ascent to the presidency of Iván Duque, in 2018, with 298 victims, while in 2020 the death toll was 291 people. Sixty-three percent of the homicides were perpetrated during the government of President Duque,” said a W Radio article commenting on the report.

The website adds that “1,090 murders were perpetrated in 288 municipalities of Colombia. The department of Cauca is the most affected with 264 community leaders killed, followed by Antioquia, where 140 defenders have been murdered.”

Those most affected have been Indigenous and peasant communities. Of the total number of homicides in four years, 294 social leaders were indigenous and 203 were peasants.

On the other hand, the United Nations High Commissioner for Human Rights, Michelle Bachelet, condemned the increase in violence in Colombia, especially during the current year.

RELATED CONTENT: Diosdado Cabello: Venezuelan Constituent Assembly Fulfilled its Task and will be Dissolved on December 18

“The UN Office for Human Rights in Colombia has documented 66 massacres, in which 255 people were murdered, in 18 departments. In addition, the Office has received information on the murder of 120 human rights leaders in the last year alone,” said a post on the agency’s website.

The team of the High Commissioner for Human Rights pointed out that these figures reflect the reported cases, however they fear that the true number could be greater, as restrictions due to the COVID-19 pandemic have made it difficult to do the work needed to document violence in Colombia.

Featured image: Almost 300 social leaders have been assassinated in Colombia so far this year (Photo: EFE).