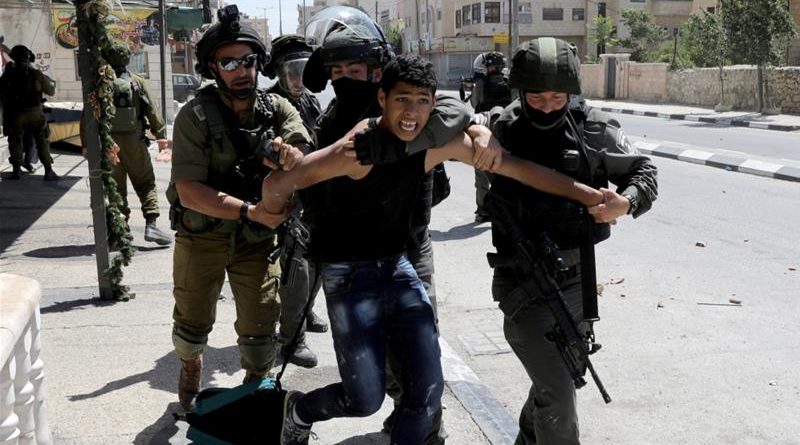 At least 6,000 Palestinian children have been detained by Israeli authorities since 2015, according to the Palestinian Prisoners’ Association.

In a statement issued on Friday to mark Palestinian Children’s Day, the NGO said 98 percent of the children held had been subjected to psychological and/or physical abuse while in Israeli custody.

The association said dozens of minors were detained by Israeli authorities after first being shot and wounded by Israeli troops.

According to the Ramallah-based Palestinian Authority’s Committee for Prisoners’ Affairs, the total number of Palestinians currently imprisoned by Israel stands at 5,700, including 48 women and 250 children.

Children living in occupied East Jerusalem are the most targeted, the Palestinian Prisoners’ Association said in its statement, with dozens facing arrests more than one time a month, particularly during periods of heightened tensions such as the Bab al-Rahma protests in March.

Minors arrested during night raids are transferred to interrogation and detention centres, where they suffer abuses, including being deprived of food or water for hours, according to the association.

The children’s right to have one parent or guardian present during their interrogation is often neglected, the NGO said. Children are often forced to sign statements written in Hebrew – a language they cannot read.

The conditions have left released children suffering from nightmares, insomnia, decline in school achievement and reacting aggressively with their environment and society.

In its statement, the association urged international human rights organisations, including the United Nations’ children’s agency, to take “effective action against the violations committed against children who are detained by Israeli forces”.