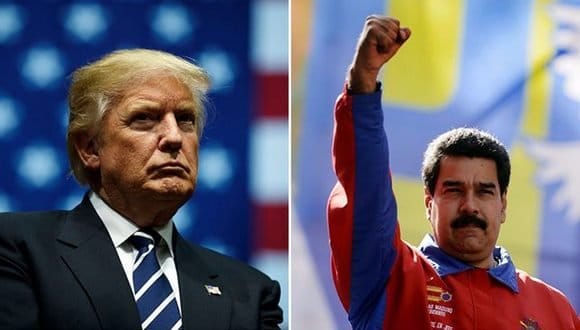 The great capacity for resistance, the strategic and tactical intelligence of Chavismo and its leadership are already making history. It will surely awake even more admiration in the four cardinal points when the true story of this heroic struggle of the Venezuelan people against the empire manages to penetrate the garbage curtain of the media octopuses. The proof? Almost two and a half months after Washington unleashed the most brutal, illegal and immoral offensive to overthrow him, the Venezuelan government remains firmly in the hands of President Nicolás Maduro Moros.

The calculations of the empire have failed again, as it has done so many times since the powerful civic-military union defeated in 48 hours the coup d’état of April 11, 2002 against President Hugo Chávez. The barbarous pressure of the White House on the armed forces to overthrow its commander-in-chief and the constitutional order failed. Nothing has been able to bend the Bolivarian National Armed Force. Neither a law agreed by the National Assembly in contempt – cave of empire’s lackeys – offering amnesty to the military to join the coup, and dozens of tweets and statements by the thugs who manage US policy toward Venezuela. Sometimes they threatened and others promised indulgence to the chiefs and officers of the Bolivarian National Armed Forces (FANB),

But to date they have not obtained a defector leader or anything resembling a bankruptcy among the military, although Washington hoped so as soon as Trump and Pence named the super puppet Guaidó as “president in charge” of Venezuela. For transcendence it seems that the lackey promised that outcome to his masters. What Trump or the circle of people that surround him does not understand, nor can Trump ever understand, is the high patriotic, anti-imperialist and revolutionary motivation that exists in the Bolivarian leaders, officers and troops.

Formed in the cult to the god money, the joy of the comforts of the elites and the under estimation of the popular struggles, that resolute and exemplary attitude of the men and women of the FANB seems inconceivable to them.

Neither the failed step of the “humanitarian aid” 23F nor the multifaceted terrorist sabotage against the Venezuelan electrical and water systems, nor the fierce media campaign of years against Maduro, nor the recognition of lackey governments to the presidency of the super puppet have achieved the unleashing of chaos, anarchy, despair and popular uprising against the government.

It is moving and sometimes fun to read the family and neighborhood stories about the blackout nights and the days without water that have circulated in the digital networks. It is the admirable political consciousness of the Venezuelan people, who know well that it is the government of the United States that conceived, directs, and even implements, the most sophisticated part of the terrorist wave, such as cyber attacks against the brain of the Simón Bolívar hydroelectric plant, in the Guri (dam), and the electromagnetic assaults against high voltage lines. Conjugated with burning banks of transformers, accurate sniper shots to the critical center of the hydroelectric plant by firemen and mercenaries and bad operation of agents infiltrated inside the state company Corpoelec. Undoubtedly, Washington managed to cause very significant damage to both the electrical and water systems,

However, the people organized in the communes, the Local Supply and Production Councils (Claps), the collectives, the Bolivarian militias, together with the quick and determined actions of the government led by Maduro have managed to minimize the damage and schedule the rehabilitation of the damaged facilities. The head of state has appointed Vice President Delcy Rodríguez to head a working group, which includes a team of senior scientists and technicians in charge of modernizing and restructuring the electrical system. He has also appointed Igor Gavidia, an electrical engineer with 25 years of experience, as the new energy minister and president of Corpoelec.

Meanwhile, the National Constituent Assembly authorized the continuation of the trial against the super puppet, which would open the door for him to answer for his betrayal of the fatherland and other serious crimes. Neither he nor his masters denounce the discourse of “all options are on the table”.