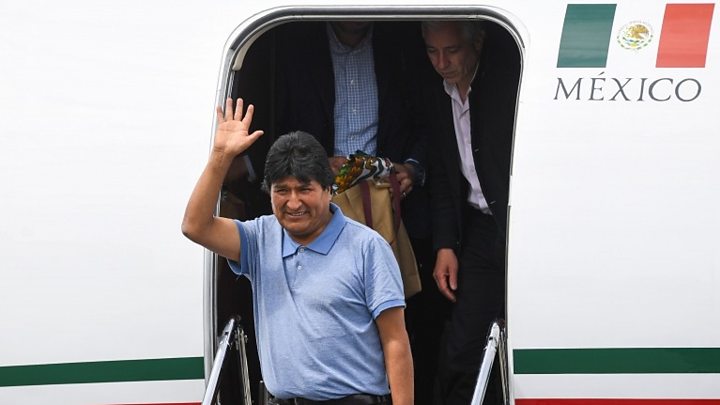 The U.S. and the OAS played a key role in Evo Morales’ ouster
On November 10, Bolivia’s President Evo Morales Ayma, who had been re-elected on October 23, resigned from office. On November 9, rumours suggested that the police would open a corridor for right-wing militias to enter the presidential palace and kill Mr. Morales. Tension gripped the country. Mr. Morales called for fresh elections, but the political parties of the oligarchy, led by Carlos Mesa, rejected the offer. Mr. Mesa had called for “permanent protests” after he had lost the election. These protests escalated into a rebellion, with the police joining the ranks of an insurgency of the oligarchs. Mr. Morales might have remained in power had the military stayed neutral. But General Williams Kaliman demanded that Mr. Morales step down, leaving him with no choice.

Mr. Morales also put forth a socialist agenda. MAS was formed by a range of social and political movements, which included organizations of the indigenous communities and trade unions. His predecessor, Mr. Mesa, was hit hard by protests against gas and water privatization and against the destruction of coca crop. Mr. Morales, a leader of the coca growers, was rooted in these movements.

At the United Nations this year, Mr. Morales said Bolivia has cut poverty drastically, increased its life expectancy rate, become 100% literate, developed a universal healthcare system, and ensured that over a million women received land tenure. Its Parliament is dominated by women. “We nationalized our natural resources and our strategic companies,” he explained.

Mr. Morales won his first election to the presidency when the ‘pink tide’ had been established from Venezuela to Argentina. When commodity prices fell, many of these Left-leaning governments lost power, but Mr. Morales remained popular and won election after election. But he faced opposition from Bolivia’s oligarchy and from the U.S., which had long wanted him removed from office.

Plans to destabilize the government
When he assumed power, the U.S. embassy in La Paz called Mr. Morales an “illegal coca agitator”. Plans to destabilize the government began immediately. The U.S. said it would delay all loans and discussions on debt relief until Mr. Morales displayed “good behavior”. If he tried to nationalize any of the key sectors, or if he rolled back the anti-coca policies, he would be penalized. Mr. Morales showed no such fealty to the U.S.

Bolivia has seen many coups. The armed forces, influenced by the U.S., were always on standby for a scenario when they could eject Mr. Morales. But the popularity of the President and the MAS prevented any such armed action. Mr. Morales’s socialist agenda improved the everyday lives of the people, even as commodity prices declined. The ‘coup’ had to be delayed given his appeal.

The lead-up to the election of October 20 was fraught with tension. Mr. Morales had sought a fourth term, for which he got judicial sanction. He beat Mr. Mesa by over 10 percentage points, but Mr. Mesa refused to accept the result. The Organization of American States (OAS), which is influenced by the U.S., found irregularities in the counting of votes. It said it was surprised by the “drastic and hard-to-explain change in the trend of the preliminary results”, but offered no evidence for this claim. The Center for Economic and Policy Research found no irregularities. Nonetheless, key U.S. officials and the Bolivian oligarchy tried to nullify the results. Based on this, the right-wing called upon its supporters to flood the streets, and the police forces decided to mutiny. The U.S. and the OAS played a key role in the ‘coup’.

Mr. Morales has been granted asylum in Mexico. Meanwhile, in Bolivia, armed men have begun to arrest cadre from MAS and indigenous organizations. The Wiphala is being removed from government buildings and from the uniforms of the armed forces; it is being burnt on the streets to chants of “Bolivia belongs to Christ”. This is a direct attack on the indigenous majority. Mr. Morales is aware of this terrible situation. He resigned to prevent this violence; it did not help. “We will come back,” he wrote. And then he quoted the Andean leader, Tupac Amaru II: “When we come back, we will be millions”.