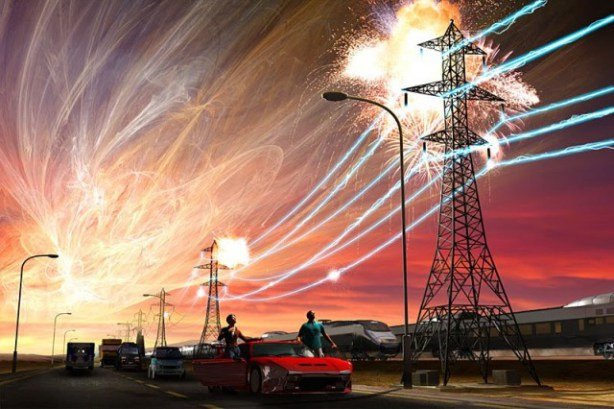 27/Mar/2019.- The White House issued an executive order, signed by Donald Trump, entitled “Coordination of national resilience to electromagnetic pulses”, in which it urges the different public and private sectors of the intellectual and material production of electromagnetic weapons, to make an accounting of the geographical affections, as well as on “the critical elements of the Nation in its security and economic prosperity”, in order to develop the necessary technology for the defense of the United States.

It also says that it (such an attack) could have regrettable consequences on “global stability and trade”. It seems that it is the strategic concern of the US government, as if it were preparing for an actual war on its territory, or expected an attack soon.

We must remember, as the White House writes, that “an electromagnetic pulse has the potential to interrupt, degrade and damage technology and critical infrastructure systems.”

On the other hand, it’s a cause for suspicion that two weeks ago the government of Nicolás Maduro Moros accused Washington of having attacked the Venezuelan electricity system, (as EMP is one of) the factors that would cause a three-day blackout with its intermittences, and now the White House worries about threats from third parties, after corporate media insisted in describing the statements of Venezuela as absurd.

The administration’s press secretary, Sarah Sanders, issued a statement saying: “President Trump will always do what is necessary to keep Americans safe,” and noted that this measure is an example of “how the government maintains the promise to be alert to current dangers and future threats. ”

RELATED CONTENT: Venezuelans Working to Recover From the Blackout

What threats? Although the United States has its own, lethal and non-lethal arsenal of electromagnetic pulse weapons, which it has used in different contexts of sabotage and war, Russia and China also have the same technology with the latest technology, and have exhibited them before the the world as a way to dissuade American sentiments for starting new wars in Latin America and the Caribbean, as well as in Eurasia on the Pacific side.

The geopolitical tensions between the multipolar bloc and the “order” led by the United States have the spice of North Korea as a State with its own electromagnetic weapons, which has come to threaten to respond with the same in case of some Western offensive against the Korean peninsula.

Military researchers and nuclear scientists have previously pressed the Trump Administration and consider that such an attack on US territory would mean the exposure of an “Achilles’ heel ” – extremely critical at the time of a global confrontation.