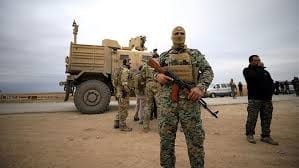 The worst fears of the Kurds are related to a possible repetition of Turkey’s attack on the people’s self-defense units.

Kurdish leaders seek help from Moscow and Damascus after the withdrawal of US troops from Syria announced by President Donald Trump, a decision that leaves them to their fate against Turkey, Reuters reports.

“Our contacts with Russia and the regime [of the Syrian leader, Bashar al-Assad] are aimed at find clear mechanisms to protect the border in the north. We want Russia to play an important role in achieving stability, “said Aldar Xelil, a Kurdish high-ranking politician quoted by the media.

The worst fears of the Kurdish leaders – whose main objective passes through negotiations with Moscow and Damascus – are related to a possible resumption of the attack by the Turkish Armed Forces against the Self-defense units of the village in the city of Afrin, border region with Turkey in northwestern Syria, occurred earlier this year, recalls the agency.

The territory at risk covers most of the east of the Euphrates River, which is approximately a quarter of the Arab Republic. This area is controlled by the YPG (Popular Protection Units) of Syrian Kurdistan, considered by Ankara as a terrorist organization.