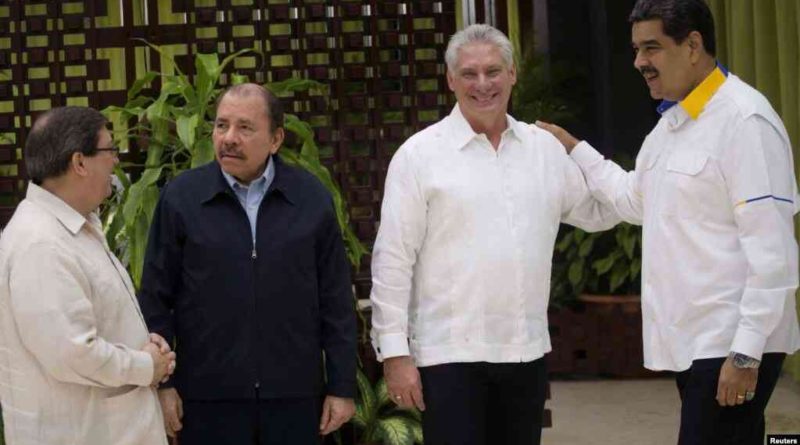 Barinas, December 16, 2019 (venezuelanalysis.com) – The Venezuelan government has vowed to revive the PetroCaribe oil exchange initiative in 2020 after nearly two years of inactivity.

The pledge came during the XVII Summit of the Bolivarian Alliance for the Peoples of Our America (ALBA), held in Havana, Cuba, on Saturday.

“From Venezuela, we commit (…) to relaunching PetroCaribe with great strength in the first semester of 2020,” Venezuelan President Nicolas Maduro told the inter-governmental gathering.

“This is a summit which sends a message of hope, unity and that another world is possible to all of the people who struggle in Latin America and the Caribbean,” he continued.

The ALBA is a regional integration initiative founded by Venezuela’s Hugo Chavez and Cuba’s Fidel Castro as a counterweight to US hegemony in the hemisphere.

PetroCaribe was created alongside the ALBA in 2005 to supply Venezuelan crude oil to Caribbean and Central American nations at preferential prices with long-term payment plans or in exchange for other goods or services, including doctors or agrarian technicians. It benefited all ALBA members as well as other neighboring countries including El Salvador, Jamaica, and Haiti.

RELATED CONTENT: Venezuelan Government Will Allocate 76% of its Income to Social Investment in 2020

However in June 2018, all shipments ̶ except those to Cuba ̶ were suspended amid plummeting Venezuelan crude output caused in part by US financial sanctions. Many Caribbean countries have since reported being pressured to return to US oil suppliers.

During the summit, ALBA leaders also announced plans to reconstitute a range of joint social programs, including the Miracle Mission, which has restored sight to over seven million people in the region, the Children’s Heart Hospitals, the Latin American Medical Schools, and programs attending to disabled citizens.

Member nations also vowed to bolster the organization as an economic bloc by strengthening the ALBA Bank, which funds many of the social programs. Leaders also stated their commitment to construct “a new financial architecture to consolidate a reciprocal, solidarity, participative and complementary system of exchange and cooperation.”

The ALBA has been weakened in recent years, with Ecuador leaving the bloc in 2018 and Bolivia’s de facto government following suit after a coup d’etat ousted President Evo Morales in November.

At the conclusion of the summit, heads of state signed a final declaration, condemning Washington’s unilateral coercive measures against both Venezuela and Nicaragua, as well as the long-standing blockade against Cuba.

They also congratulated the Venezuelan people on their “resistance” to US sanctions.

Furthermore, member states reaffirmed their backing of Nicolas Maduro as Venezuela’s legitimate president, while rejecting efforts to undermine constitutional rule by “self-declared presidents” in the region, in an allusion to Jeanine Anez who recently proclaimed herself “interim president” of Bolivia following a November 10 military coup.

The declaration likewise rejects the recent activation of the Inter-American Treaty of Reciprocal Assistance (TIAR) as a measure to pressure the Maduro government, which has brought sanctions against a number of top Venezuelan officials, as well as threats of military action. Delegates went on to reaffirm Latin America and the Caribbean as a “Zone of Peace.”

Heads of state also congratulated Dominica’s left-leaning prime minister, Roosevelt Skerrit, on his party’s recent electoral victory, backed talks between Nicaragua’s President Daniel Ortega and the local opposition, and reaffirmed member countries’ commitment to work to prevent climate change, which they described as “a product of the capitalist system.”